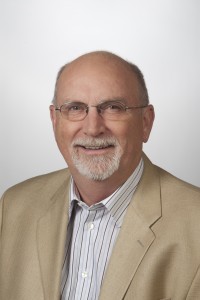 The final trading week of the first half of the year begins on Monday, June 23rd with most investors caught in the headlights of the major North American markets hitting new all-time record highs while weighing the arguments of the many market pundits as to whether a major correction is or is not long overdue.

It took four months but HudBay Minerals (HBM-T) finally did what was right and managed to get a friendly $555-million takeover of Augusta Resource (AZC-T) when the major made the Augusta shareholders feel better by raising its initial cash & stock takeover offer by an additional 10%.

China continued to stimulate its economy as their latest HSBC Flash PMI (purchasing managers index) number rose by a better than expected 1.4-point in June to cross above the expansionary level of 50 to a new 7-month high of 50.8.

WaterFurnace Renewable (WFI-T) shares’ surged up by almost 20% to $30.40 when the Canadian energy solutions company agreed to a $378-million takeover offer from Sweden’s NIBE Industrier AB.

Conversely, the share price of Vertex Pharmaceuticals (VRTX-Q) surged up by over 40% on word their lumacaftor and ivacaftor drugs both showed improved phase III results in treating cystic fibrosis patients who were 12-years of age and older.

The U.S. Conference Board reported that American’s are feeling better about their futures as their Consumer Confidence Index rose by a better than expected 3.0-points in June to a      6-year high of 85.2.

Elkwater Resources (ELW-V) put some life into what was a mostly quiet Wednesday, June 25th when the oil & gas explorers’ stock price surged up by 300% to $0.80 on word the  company had implemented a new $25-million recapitalization plan to go along with a revamped management team.

And what once went around, came around again for Hanesbrands (HBI-N) when the clothier announced it was spending some US$545-million to buy like company DB Apparel, a like company it was tied to when both companies were owned by Sara Lee only a few years ago.

GoPro Inc. (GPRO-Q) was the talk of the market on Thursday, June 26th as the share price of the maker of the popular sports-digital movie camera rose by over 30% to US$31.58 after a US$427-million initial public offering (IPO).

The share’s of Iron Mountain Inc. (IRM-N) followed suit by gaining almost 20% to US$35.57 when the real estate developer announced it had received U.S. Internal Revenue Service approval to convert from a corporation to a real-estate investment trust.

And the new IPOs continued on Friday, June 27th with the public launching of house wares giant and gift retailer Michaels Co. (MIK-N).

And the closely watched CBOE Volatility Index eased by 0.41-point to 11.26.

And Finally – Canadians continue to drop the use of their traditional landline phones in droves as recent Statistics Canada figures reveal that the percentage of households that only have cell phone service rose by another 7% in the past 3-years to 20%.