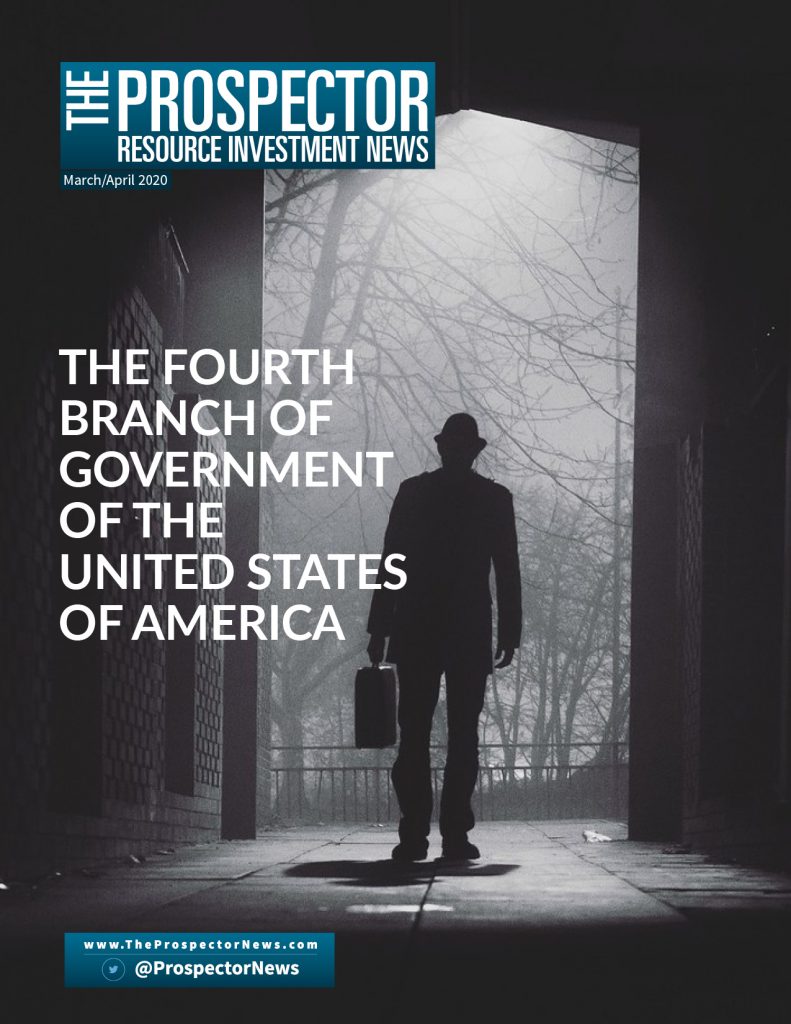 08          Caldas Gold Corp: Building Colombia’s Next Big Gold Mine Through a Spin Out
As this report is being written, Gran Colombia is in the process of spinning out its Marmato assets in Zona Baja

10          Critical Elements in the Athabasca: ‘REE’alising ‘U’nexplored Potential
Uranium and REEs, two somewhat niche markets, mentioning either on Twitter will result in a ‘tweetstorm’ of celebration, anger, criticism and baiting from passionate supporters

12          The Next Big Zinc?
Let us begin with some notes on nomenclature. ‘Osisko’ currently refers to three companies under one historic umbrella

16          Gran Colombia Gold: A Producer on the Move!
If Gran Colombia Gold’s “Welcome” page doesn’t offer potential investors enough information to whet their appetite for digging even deeper into the company’s operations and prospects, then maybe they should read it again.

18          Azimut Exploration: Data Scientist Part II
I seek as a writer-researcher-investor to advance for our audience the 1-month-old James Bay gold discovery at Elmer. No safe harbor for me.

22          Rare Earths and the Strategic Battle for Control
This past December, Canada signed into the US-led Memorandum of Understanding to reduce global reliance on China’s supply of Rare Earth Elements

24          Could Silver Break-out Like It Did in 2011?
Silver is expected to begin the 2020s newly burnished, through a combination of higher industrial and investment demand

30          The Fed’s Next Act: But Judy Shelton May Not Be Around For It
Congress can do no more than play confused, partisan politics with the central bank—and a new nominee—at a “Waterloo Moment” for the Fed, the economy and markets

36          China International Gold
The mining market is getting attention, and this is going to be a remarkable year for the mining sector

39          SMT: THREE Producing Mines in TWO Co-operative Jurisdictions AND Great Growth Potential
Based on the past two decades of coverage of South American mining investment opportunities, both Peru and Mexico (generally) are felt to rank highly as supportive jurisdictions.

41          Finlay Minerals: Putting your Money Where Your Mouth Is!
With the successful closing of the $1.0M financing in late 2019, Finlay Minerals Ltd. (FYL: TSX-V) is gearing up for field programs on both its Silver Hope and PIL Properties this summer

46          Ximen Mining: Charting a New Path Can Change Your Outlook
Recalibrating… That’s what I hear when my GPS finds me stuck in traffic. In 2018, I imagine that had to be what Ximen Mining Corp (TSX-V:XIM) (FRA:1XMA ) (OTCQB:XXMMF) management was hearing in their heads