The July/August Prospector News is Available for Download Here

The July/August Prospector News is Available for Download Here 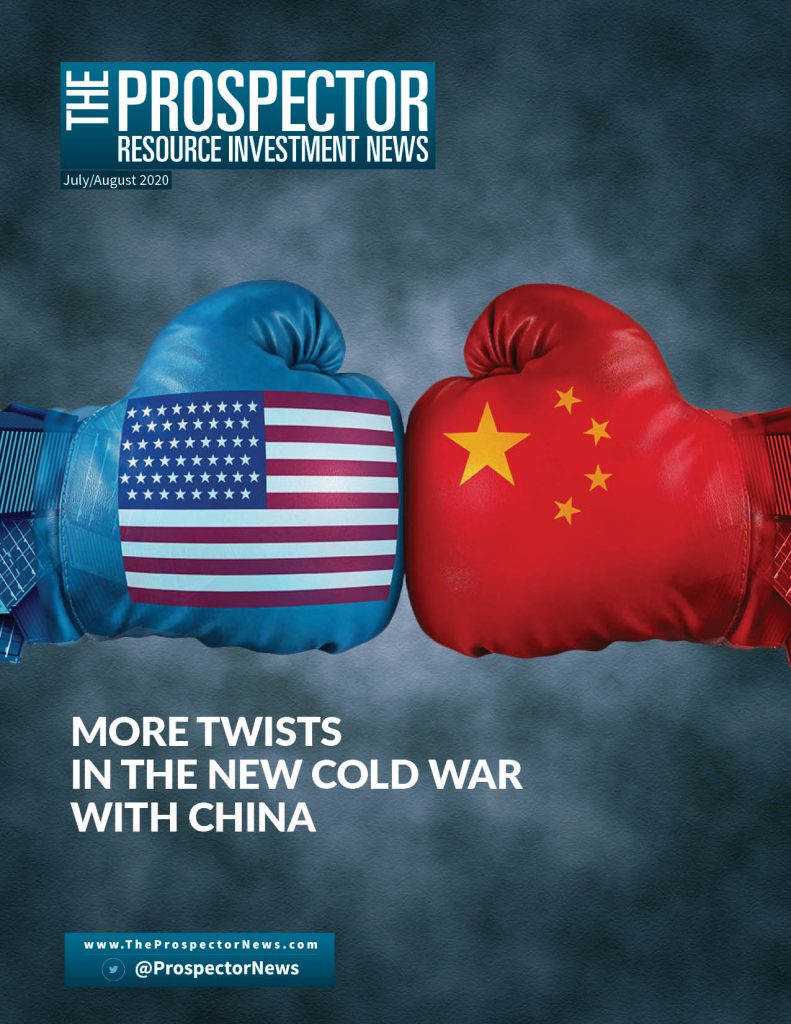 Though you’d hardly know it from the ongoing melt-up in all manner of risk assets as we’ve moved well into summer, the situation with what I (and others) have called the “New Cold War” between the U.S. and China has demonstrably worsened.

Ximen Mining Corp. (TSXV:XIM; OTCQB:XXMMF; FRA:1XMA), which is positioning itself to be British Columbia’s next significant gold producer, has been firing on all cylinders.

July has been an exceptional month in the junior mining space and whether it’s because of abnormal government stimulus or straight up euphoria for mining and materials from a new, younger, generalist investor crowd, the buzz around explorers worldwide has hit mainstream media.

As we continue our expose of Sixty North Gold Mining Ltd. (SXTY: CSE; 2F4: FRANKFURT; SXNTF: OTC-PINK)’s Mon Gold Project, the original Mon Gold Mine’s geological features were the first clue, and the parallels to the nearby Discovery Mines was the second…

I have kept away from specific sectors for some time, as waiting for the right project is an important consideration.

There are about ten questions I have for potential Clients of mine, and SMT checks almost all of the boxes.

26          JUNIOR MARKETS ARE FROTHY AND THE SUMMER DOLDRUMS ARE LOOMING

The junior resource market has been booming for the past couple of months.

The first ‘Bergamt’ mining office was recorded in 1241, with one of the world’s earliest mining codes, the Bergrecht, published in 1307, but mining in Saxony has formed an integral part of the region’s development and economy since the Bronze Ages of 3200-600bce.