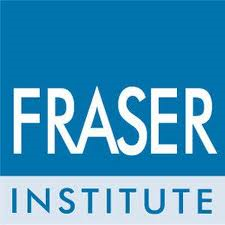 The study, Quebec’s Mining Policy Performance: Greater Uncertainty and Lost Advantage, highlights four key barriers to investment in Quebec and the potential impacts to the province.

“When a jurisdiction loses mining investment, it loses jobs for skilled workers, wealth that goes along with those jobs, and the subsequent government revenue. If Quebec wants to prevent further decline and recapture its status as a top global mining jurisdiction, its government needs to reconsider its mining policies,” said Dr. Kenneth P. Green, project director and senior director of natural resource studies at the Fraser Institute.

The primary deterrent for investment is policy change and uncertainty involving protected areas such as wilderness zones, parks and archeological sites. These changes include commitments to protect 12 per cent of Quebec’s northern territory (nearly 1.2 million square kilometres) and intentions to exclude up to half of the territory from industrial use.

“Uncertainty over protected areas effectively disqualifies land for exploration and mining, and douses any potential economic benefits such as job-creation. Uncertainty may also discourage exploration investment in and around potentially protected areas where the risk of increased protection looms,” said Alana Wilson, study author and senior economist with the Fraser Institute’s Centre for Natural Resources.

The study also looks at environmental impact assessments and public consultation, and warns against the politicization of the process.

Since 2010, Quebec has introduced two major changes in taxation-increasing mining duty rates to 16 per cent from 12 per cent of annual profits, and basing profits on individual mines rather than across operations held by a single owner. Now, losses incurred at one mine can’t be used to reduce annual profits at another.

The study also looks at possibly lowering the corporate tax rate and reconsidering restrictions that limit credit for exploration work.

“With its increases in mining taxes, the Quebec government runs the risk of setting a tax level so high that mines become unprofitable, resulting in mining investors pulling out of Quebec in favour of more competitive jurisdictions,” Wilson said.

Regulatory duplication and inconsistency has increased steadily over the past five years despite the recent defeat of Bill 43, which would have created more layers of regulation.

“Regulatory overlap and duplication make it more difficult, costly and time consuming to comply, and increases the risk of missing out on mining opportunities,” Wilson said.

“Mining has played an important role in the development of Quebec and continues to provide opportunities for jobs and wealth creation, especially in remote and rural areas. Yet several years of policy uncertainty and politicization of the mining industry has created great uncertainty for mining companies, raising the costs and risks of investment,” Green said.

The Fraser Institute is an independent Canadian public policy research and educational organization with offices in Vancouver, Calgary, Toronto, and Montreal and ties to a global network of 86 think-tanks. Its mission is to measure, study, and communicate the impact of competitive markets and government intervention on the welfare of individuals. To protect the Institute’s independence, it does not accept grants from governments or contracts for research.