That’s a wrap: IMARC continues to set the agenda, as Sydney confirmed as host for 2023

That’s a wrap: IMARC continues to set the agenda, as Sydney confirmed as host for 2023 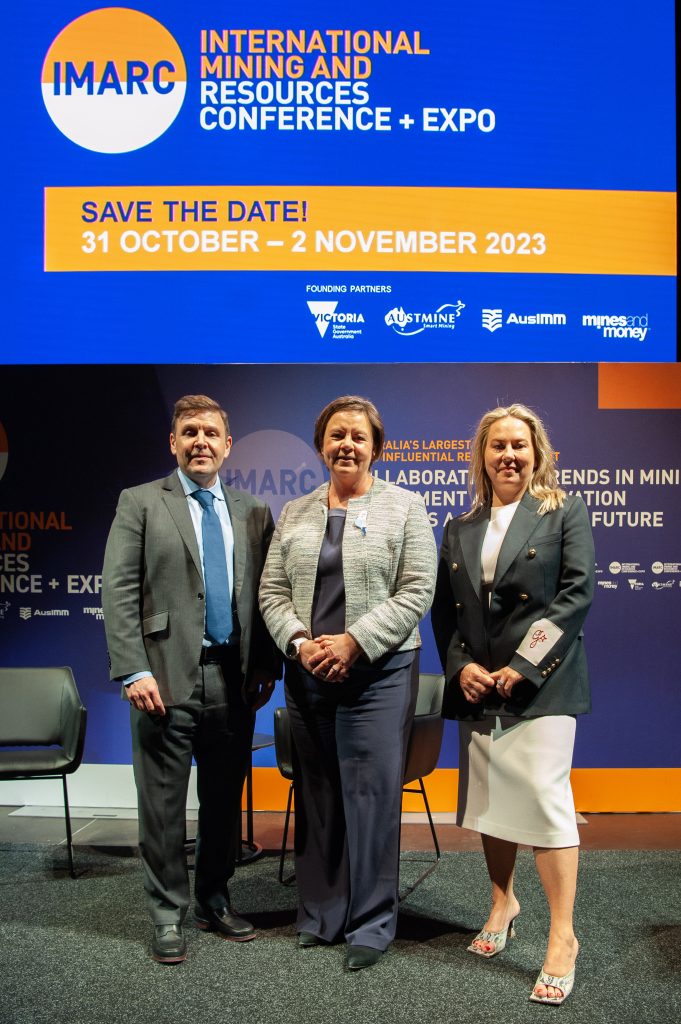 International Mining and Resources Conference (IMARC) 2022 has wrapped up in Sydney, with nearly 8000 delegates, from more than 110 countries hearing from over 500 speakers over three massive days.

The marquee event for the Australasian mining and resources sector was the biggest IMARC yet, with record delegates, speakers, exhibitors and sponsors and a 20% bigger footprint.

Now firmly established as a truly global event, IMARC 2022 brought together industry and government leaders from all over the world, advancing and leading the conversations the world needs for a clean energy future.

More than 800 companies across the value chain were represented on the floor of the world-class International Convention Centre, helping set the agenda for mining and driving global conversation on the future of resources.

And IMARC once again confirmed it was the place to do business, with thousands of meetings and tens of millions of dollars in deals done over the three days.

IMARC Managing Director Anita Richards said she was absolutely delighted with the success of this year’s event, following the challenges thrown up by recent global events.

“IMARC 2022 has shown the world that Australia is very much open for business, and that the mining and resources industry is addressing the big challenges and opportunities ahead,” Ms Richards said.

“We are incredibly excited to confirm Sydney will once again be hosting IMARC in 2023, following the success of this year’s event.

“Mining has never been more essential. A decarbonised global economy depends on it, and our vision is for IMARC to be the place where we bring together industry, government, policy makers and community leaders to lead the conversations the world needs for a clean energy future.”

“We are excited to continue facilitating this important conversation about the future of mining right in the heart of Australia’s global city.”

The International Mining and Resources Conference (IMARC) is where global mining leaders collaborate on trends in mining, investment and innovation towards a sustainable future. As Australia’s largest mining event, it brings together over 7,500 decision makers, mining leaders, policy makers, investors, commodity buyers, technical experts, innovators, and educators from more than 110 countries for three days of learning, deal-making and unparalleled networking. IMARC is developed in collaboration with its founding partners the Victorian State Government of Australia, Austmine, the Australasian Institute of Mining and Metallurgy (AusIMM) and Mines and Money.