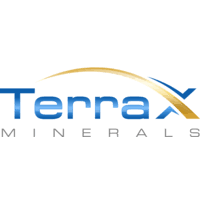 TerraX Minerals Inc. (TSX-V: TXR) (FSE: TX0) (OTC Pink: TRXXF) is pleased to announce the successful closing of the bought deal financing initially announced on June 6, 2019 and later on June 13, 2019 with respect to an upsize, which was led by PI Financial Corp. on behalf of a syndicate of underwriters which included Beacon Securities Limited and GMP Securities L.P. and that the option granted to the Underwriters was partially exercised.

In connection with the Offering, the Underwriters received a cash commission of $166,966.56 and 373,546 compensation warrants, with each compensation warrant being exercisable to acquire one common share of the Company at a price of $0.36 until June 26, 2021.

All securities issued under the Offering are subject to a statutory hold period in Canada expiring four months and one day from the closing date of the Offering, being October 27, 2019.

The Yellowknife City Gold project encompasses 783 sq km of contiguous land immediately north, south and east of the City of Yellowknife in the Northwest Territories. Through a series of acquisitions, TerraX controls one of the six major high-grade gold camps in Canada. Being within 10 km of the City of Yellowknife, the YCG project is close to vital infrastructure, including all-season roads, air transportation, service providers, hydro-electric power and skilled tradespeople.

The YCG project lies on the prolific Yellowknife greenstone belt, covering 70 km of strike length along the main mineralized break in the Yellowknife gold district, including the southern and northern extensions of the shear system that hosted the high-grade Con and Giant gold mines. The project area contains multiple shears that are the recognized hosts for gold deposits in the Yellowknife gold district, with innumerable gold showings and recent high-grade drill results that serve to indicate the project’s potential as a world-class gold district.