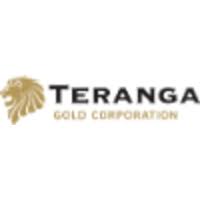 Afema covers more than 1,400 km2, consisting of the Afema mining license and three exploration permits – Ayame, Mafere and Aboisso (Figure 2 in Appendix B). The Afema mine license has a historical near-surface oxide and sulphide resource within an area hosting several gold mineralized structures on extensions from prolific gold belts in Ghana.

Teranga holds a 51% joint venture with the private investment company Sodim Limited, and has the right to earn a 70% interest in Afema through the completion of a three-year, $11-million exploration and community relations work program on the Afema mine license and exploration permits and the delivery of a positive feasibility study.

A listing of all the Woulo Woulo drill results received to date including 17 diamond drill holes and 23 reverse circulation holes is presented as Table 1 in Appendix A.

“With the discovery of the Woulo Woulo prospect and widespread results returned from recent drilling, we can now add a third shear zone for priority exploration activities to this already promising project,” noted David Mallo, Vice President, Exploration. “We are seeing solid grades at surface in our trenching results, which is correlating extremely well with mineralization intersected at depth across the majority of the area drilled. We are also encouraged to see the width of the mineralized felsic unit staying consistent or increasing in width at depth within many of our drill holes completed thus far. The results to date suggest that Woulo Woulo could be a large mineralized system worthy of a significant exploration and drilling evaluation.”

“Côte d’Ivoire is a promising gold jurisdiction, with more than one-third of the West African Birimian Greenstone Belt located within the country’s borders,” said Richard Young, President and Chief Executive Officer. “We are on track to complete the current five drill, $10-million Afema exploration and drill campaign in the coming months.  Based on the early stage results, we expect that Afema will become an increasing focus of the Company as we move this promising project forward.  We expect, based on the early results, that Afema will further enhance our growth pipeline that already includes Massawa and Golden Hill.”

The new discovery at the Woulo Woulo prospect has been outlined utilizing coincident field mapping/prospecting observations, gold-in-soil geochemistry, airborne magnetics/radiometrics imagery and excavator trenching results, all of which have culminated in an ongoing systematic RC and DD drilling evaluation. To date, we have drilled 66 DD holes and 23 RC holes at the Woulo Woulo prospect totaling 10,750 metres.

The host rock geology of the gold mineralization at the Woulo Woulo prospect is an altered felsic intrusive unit within a mixed sedimentary and mafic volcanic sequence. Two distinct types of alteration have been observed, one dominated by hematite and the second dominated by sericite, both of which display similar brittle shear fracturing, occasionally brecciated, and multiple oriented fracture-controlled quartz veining with minor pyrite.  The mineralized felsic unit is exposed at surface and drilling to-date has not identified a lower depth limit. In addition, the felsic unit remains open to further extension along trend both to the north and south.

Three representative sections have been included as Figures 4, 5 and 6 in Appendix B that outline the excellent correlation observed from surface to drilled depths across the majority of the area successfully drill tested to-date.

One of the primary exploration tools utilized is excavator trenching which enables lithologic and structural mapping as well as analysis prior to drilling with either RC or DC drilling. The trenching results returned from our exploration program at the Woulo Woulo prospect suggest that a broad mineralization system is present and these surface trenching results correlate extremely well with our drilling results.  Highlights of the trenching program include:

A comprehensive listing for the 30 currently available Woulo Woulo trench results is presented as Table 2 in Appendix A.

Next Steps for Afema Property

Patti Nakai-Lajoie, P.Geo. has reviewed Teranga’s Afema exploration program data, including the drill holes and trenching results reported herein. Ms. Nakai-Lajoie is a full-time employee of Teranga, and is not “independent” within the meaning of National Instrument 43-101 – Standards of Disclosure for Mineral Projects (“NI 43-101”). Ms. Nakai-Lajoie has sufficient experience that is relevant to the style of mineralization under consideration and to the activity, which she is undertaking to qualify as a “Qualified Person” under NI 43-101. Ms. Nakai-Lajoie has verified and approved the technical information disclosed in this release, including the sampling, analytical and test data underlying such information in the form and context in which it appears herein. The excavator trenching, reverse circulation and diamond core samples are assayed at the Bureau Veritas Laboratory in Abidjan, Côte d’Ivoire.

Teranga Gold is transitioning into a mid-tier gold producer operating long-life, low-cost mines and advancing prospective exploration properties across West Africa, one of the world’s fastest growing gold jurisdictions. The top-tier gold complex created by integrating the recently acquired high-grade Massawa project with the Company’s Sabodala mine, the successful commissioning of Wahgnion, Teranga’s second gold mine and a strong pipeline of early to advanced-stage exploration assets support the continued growth of Teranga’s reserves, production and cash flow. Through its continued success and commitment to responsible mining, Teranga creates sustainable value for all stakeholders and acts as a catalyst for social, economic, and environmental development.