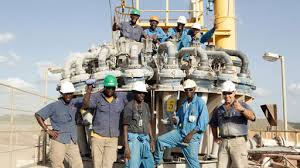 Teranga Gold Corporation (TSX:TGZ) (ASX:TGZ) is pleased to announce receipt of the environmental approval required to proceed with the development of its high-grade Gora project. Gora, the Company’s first satellite deposit as well as its first discovery on its large regional land package, is situated 25 kilometres from the existing mill.

“We are delighted to report that it is full steam ahead on the Gora project,” said Richard Young, President and Chief Executive Officer of Teranga. “Work has begun on road construction from Sabodala to Gora and we expect to be processing ore from Gora through our mill by the fourth quarter. Gora is the first satellite deposit to be discovered on our regional land package, which is a key focus area of our three-phase growth plan in Senegal.”

Mr. Young added, “We are appreciative of the government of Senegal’s continued confidence in Teranga. Their approval of the Gora environmental study demonstrates continued support for the mining industry and assists us in executing on our vision to be the pre-eminent gold producer in Senegal while setting the benchmark for responsible mining.”

Teranga’s guidance for 2015 calls for production of between 200,000 and 230,000 ounces of gold. The Gora development schedule is aggressive but management believes it is achievable. Production at Gora is expected to be between 50,000 and 75,000 ounces per year with average feed grades ranging from 4 to 6 grams per tonne over its estimated four-year life.

Teranga is a Canadian-based gold company listed on the Toronto Stock Exchange and Australian Securities Exchange. Teranga is principally engaged in the production and sale of gold, as well as related activities such as exploration and mine development in Senegal, West Africa.

Teranga’s mission is to create value for all of its stakeholders through responsible mining. Its vision is to explore, discover and develop gold mines in Senegal, in accordance with the highest international standards, and to be a catalyst for sustainable economic, environmental and community development. All of its actions from exploration, through development, operations and closure will be based on the best available techniques.

Senegal, which is located in West Africa, has a stable democracy, a very progressive mining code and is a member of the West African Economic and Monetary Union. The Senegalese government views mining as a pillar of growth and supports mining companies by offering attractive royalty and ownership structures. Teranga operates the only gold mine and mill in Senegal.