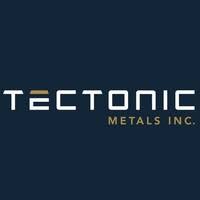 Tectonic Metals Inc. (TSX-V: TECT) (OTCQB:TETOF) (FSE:T15B)  is honoured and excited to announce that the Company’s largest shareholder, Doyon, Ltd. a leading Alaska Native Regional Corporation and the largest private landholder in the State of Alaska, is reaffirming its landmark partnership with Tectonic through another strategic investment in the Company under the previously announced C$3,000,000 non-brokered private placement led by Crescat Capital LLC, in association with renowned geologist, Dr. Quinton Hennigh (see Tectonic news release).

Tony Reda, President & CEO of Tectonic, stated, “Working on Native Owned Land is one thing, but being funded by Alaska Natives to explore on their land is something completely different.  It is truly an honour, a privilege and a vote of confidence by our single largest shareholder, Doyon, one of Alaska’s leading Native Regional Corporations, to entrust us with their capital to explore on their traditional territory and work alongside them.  Our strong partnership with Doyon is a vital pillar of not only our exploration success in Alaska but also of our Company.  In many ways, the same can be said about each and every shareholder and stakeholder in Tectonic as we are grateful, thankful and humbled by your continued support as we remain laser-focused on finding the next mine responsibly and ethically.  To that point, the capital from this private placement will allow us to move that vision forward as we embark on two drill programs this year testing what we believe to be some of the best targets our team has generated in years and touching ground and exploring for the first time in over 20 years our newly acquired Flat Project, one of Alaska’s best exploration opportunities.”

Aaron Schutt, President and Chief Executive Officer of Doyon, Limited, stated, “2022 marks the 50th anniversary of the Alaska Native Claims Settlement Act and the formation of Doyon, Ltd.  Since that day, our mission has been clear:  continually enhance our position as a financially strong Native corporation in order to promote the economic and social well-being of our shareholders and future shareholders, to strengthen our Native way of life, and to protect and enhance our land and resources.  Our investment in Tectonic is our mission in action.  As Tectonic Metals’ single largest shareholder since 2020, Doyon recognizes that the Company shares our core values – values that today are embraced as “ESG” principles but which our people have adhered to for thousands of years.  We welcome the opportunity to reinforce our support for Tectonic and are confident that their professional, diligent and respectful exploration process will prove successful.”

With more than 12.5 million acres of land and over 20,000 shareholders, Doyon is the largest private landholder in Alaska and one of the largest in North America. Doyon’s mission is to continually enhance its position as a financially secure Native Corporation and promote the economic and social well-being of its shareholders and future shareholders. Doyon’s focus is on strengthening the Native way of life and protecting and enhancing our land and resources.

As previously announced on April 25, 2022, the Company is conducting a non-brokered private placing of up to 50,000,000 units of the Company at a price of C$0.06 per unit for aggregate gross proceeds of up to C$3,000,000. Each unit is comprised of one common share of Tectonic and one-half common share purchase warrant.  Each whole Warrant will be exercisable for a common share at an exercise price of C$0.10 and will expire two years from the closing date of the private placement.

The Warrants are subject to an acceleration clause whereby if the volume-weighted average trading price of Tectonic’s common shares on the TSX Venture Exchange is C$0.20 or greater for a period of twenty consecutive trading days (whether or not trading occurs on all such days), Tectonic has the right to accelerate the expiry date of the Warrants to 30 days from the date of issuance of a news release by Tectonic announcing the accelerated exercise period.

The Offering was conditionally approved by the TSXV on May 9, 2022.  The net proceeds of the Offering will be used to advance the Company’s Tibbs and Seventymile properties and for general working capital.  Closing is subject to customary conditions, including the final acceptance of the TSX, and all securities issuable under the Offering will be subject to a four-month hold period from the date of closing.

Tectonic Metals Inc. is a mineral exploration company created and operated by an experienced and well-respected technical and financial team with a track record of wealth creation for shareholders and stakeholders.  Key members of the Tectonic team were involved with Kaminak Gold Corporation, the Company that raised C$165 million to fund the acquisition, discovery, and advancement of the Coffee Gold Project in the Yukon Territory through to the completion of a bankable feasibility study before selling the multi-million-ounce gold project to Goldcorp Inc. (now Newmont) for C$520 million in 2016. Tectonic is focused on the acquisition, exploration, discovery, and development of mineral resources from district-scale projects in politically stable jurisdictions that have the potential to host world-class orebodies.

Whether at home or at work, the Tectonic team is grounded on the following core values:  passion, integrity, patience, focus, perseverance, honesty, fairness, accountability, respect and a play big mindset.  The Company works for its shareholders and is committed to creating value for them