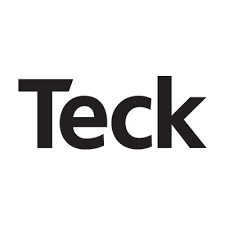 Under the SL RCF the price paid by Teck will increase or decrease based on the company’s performance in reducing carbon emissions, improving health and safety, and strengthening gender diversity in its workforce. The new credit facility matures in October 2026, extending the previous facility by two years. The principal amount outstanding as of October 18 was US$198 million as compared to US$502 million as of June 30, 2021, and it is expected to be at zero by end of October 2021.

In addition to converting and extending its US$4 billion revolving credit facility, Teck has also cancelled its US$1 billion side car that was scheduled to mature in June 2022. This side car facility was established during the initial months of COVID 19, and market conditions and commodity prices have improved significantly since that time.

As one of Canada’s leading mining companies, Teck is committed to responsible mining and mineral development with major business units focused on copper, zinc, and steelmaking coal, as well as investments in energy assets. Copper, zinc and high-quality steelmaking coal are required for the transition to a low-carbon world. Headquartered in Vancouver, Canada, Teck’s shares are listed on the Toronto Stock Exchange and the New York Stock Exchange