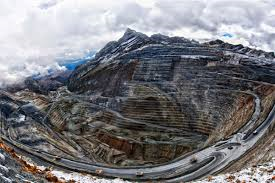 Teck Resources Limited (TSX:TCK.A and TCK.B) (NYSE: TCK) announced today that it and a subsidiary have entered into a long-term streaming agreement with a subsidiary of Franco-Nevada Corporation (TSX:FNV) (NYSE:FNV) linked to production at the Antamina mine. Teck holds a 22.5% interest in Compania Minera Antamina S.A. which owns and operates Antamina.

Franco-Nevada will make an upfront payment of US$610 million to Teck and will pay 5% of the spot price at the time of delivery for each ounce of silver delivered under the agreement. Teck will deliver silver to Franco-Nevada equivalent to 22.5% of payable silver sold by CMA, using a silver payability factor of 90%. After 86 million ounces of silver have been delivered under the agreement, the stream will be reduced by one third. Closing of the transaction is subject to completion of certain corporate matters and customary conditions and is expected to take place in the first half of October.

CMA is not a party to the agreement with Franco Nevada and Teck’s rights as a shareholder of CMA are unaffected by the agreement.

Scotia Capital Inc. is acting as financial advisor to Teck.