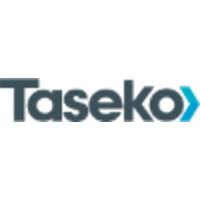 This release should be read with the Company’s Financial Statements and Management Discussion & Analysis (“MD&A”), available at www.tasekomines.com and filed on www.sedar.com. Except where otherwise noted, all currency amounts are stated in Canadian dollars. Taseko’s 75% owned Gibraltar Mine is located north of the City of Williams Lake in south-central British Columbia. Production volumes stated in this release are on a 100% basis unless otherwise indicated.

Stuart McDonald, President and CEO of Taseko, commented, “Our improved financial performance in the quarter was a result of the 20% increase in copper production at Gibraltar, and bolstered by strong copper prices which averaged US$4.40 per pound for the period.  Head grades at Gibraltar increased in the latter part of the second quarter as we transitioned into higher-grade benches, although average head grade for the quarter was still below the life of mine average.  With improving grades, we expect total copper production in the second half of the year to be at least 40% higher than the first half, which will lead to lower unit costs and improved margins and cash flow generation.”

“At our Florence Copper project, permitting, engineering and procurement activities are progressing. As reported in early July, we expect the draft Underground Injection Control permit will be issued by the US EPA later in the third quarter. Detailed engineering is now 60% complete and at a point where we can begin securing and making initial payments on key, long lead items for the solvent extraction and electrowinning (“SX/EW”) plant,” continued Mr. McDonald. “Our balance sheet remains in a strong position with $226 million of cash on hand at June 30th, and a price protection strategy in place that assures strong cash flow generation over the next year.  Advancing procurement initiatives will position us to efficiently progress into construction upon receipt of the final permit. Florence Copper will be America’s new, innovative and low impact copper producer supplying the US domestic market with green copper.”

Mr. McDonald added, “We recently announced the sale of our Harmony Gold project to JDS Gold Inc., who are a proven team of mine developers and builders. Harmony is an advanced stage gold project, and by retaining a 15% carried interest in JDS Gold Inc. and a 2% NSR on the project, we have the opportunity to realize significant value from this asset over the next few years.  We will continue to look for other opportunities to create shareholder value from our extensive portfolio of long-life assets.”

Copper production in the second quarter was 26.8 million pounds and improved 20% from the first quarter as higher ore grades were mined and processed from the Pollyanna pit in the latter part of the quarter.  Copper recoveries also improved with the increasing ore grade.

A total of 24.9 million tons were mined in the second quarter in line with the mine plan.  Mining rates and strip ratio were lower than the first quarter, which saw shorter hauling distances in the upper benches of the Pollyanna pit.  In addition to longer hauls in the second quarter, mining rates were also impacted by a temporary layoff of mining personnel due to permitting delays.  Initial waste stripping and dewatering of the Gibraltar pit commenced in May after receipt of the required permit.

Total site spending (including capitalized stripping of $14.8 million on a 75% basis) was generally consistent with the prior quarter. Capitalized stripping in the quarter decreased from the first quarter as a result of the lower strip ratio.  Capital expenditures of $8.0 million on a 75% basis in the second quarter was higher than the first quarter due to timing of routine maintenance.

Off-property costs per pound produced* were US$0.25 for the second quarter and lower than prior quarters due to the benefit of lower treatment and refining charges (“TCRC”) on Gibraltar’s offtake contracts. In addition, the Company delivered a tender shipment in the quarter at one of the lowest TCRC levels ever seen by the Gibraltar mine.

Total operating costs per pound produced (C1)* were US$2.02 for the quarter. Contributing to the decrease in C1* costs was significantly increased copper production compared to the first quarter, partially offset by lower capitalized stripping costs and a weaker US dollar in the second quarter.

Mining will continue to be focused on the Pollyanna pit which will be the main source of ore in 2021. Ore release from the Gibraltar pit will commence in the second half of the year. Total copper production in the second half of 2021 is expected to be at least 40% higher than the first half of the year, as higher-grade areas in Pollyanna are opened up and available for processing. Due to the lower production at the start of 2021, annual production is now anticipated to be approximately 120 million pounds, which is within the typical +/- 5% range for annual guidance.

Copper prices rallied to record levels in the second quarter and are currently around US$4.31 per pound. The current copper price and expected production growth is supportive of improved financial performance at the Gibraltar mine over the remainder of 2021.

Many governments are now focusing on increased infrastructure investment to stimulate economic recovery after the pandemic, including green initiatives, which will require new primary supplies of copper. Most industry analysts are projecting ongoing supply constraints and deficits, which should support these higher copper prices in the years to come.

In March 2021, the Company extended its copper price protection strategy by purchasing put options covering 41 million pounds of copper at a strike price of US$3.75 per pound for the second half of 2021.  The Company has also purchased copper collars to secure a minimum copper price of US$4.00 per pound for 43 million pounds of copper for the first half of 2022. This approach to managing copper price volatility provides security over the Company’s cash flow as it prepares for construction of Florence Copper while providing significant upside should copper prices continue at these levels or increase further.

The commercial production facility at Florence Copper will be one of the greenest sources of copper for US domestic consumption, with carbon emissions, water and energy consumption all dramatically lower than a conventional mine. It is a unique low-cost copper project that will have an annual production capacity of 85 million pounds of copper over a 21-year mine life.  With the expected C1* operating cost of US$1.10 per pound, Florence Copper will also be in the lowest quartile of the global copper cost curve.  The Company has successfully operated a Production Test Facility for the last two years at Florence to demonstrate that the in-situ copper recovery process can produce high quality cathode while operating within permit conditions.

The next phase of Florence Copper will be the construction and operation of the commercial ISCR facility with an estimated capital cost of US$230 million (including reclamation bonding and working capital). At a conservative copper price of US$3.00 per pound, Florence Copper is expected to generate an after-tax internal rate of return of 37%, an after-tax net present value of US$680 million at a 7.5% discount rate, and an after-tax payback period of 2.5 years.

In December 2020, the Company received the Aquifer Protection Permit  from the Arizona Department of Environmental Quality.  During the APP process, Florence Copper received strong support from local community members, business owners and elected officials.  The other required permit is the UIC permit from the U.S. Environmental Protection Agency. The EPA’s technical review for the UIC permit has not identified any issues and the Company expects to receive the draft UIC permit in the third quarter followed by a public comment period.

Detailed engineering and design for the commercial production facility is now 60% complete and the Company is preparing to make initial deposits for major processing equipment associated with the SX/EW plant starting in the third quarter to ensure a smooth and efficient transition into construction once the final UIC permit is received.

With a cash balance of $226 million at the end of June, the Company has the majority of the required funding for construction of the commercial facility at Florence Copper in hand.  Coupled with stronger expected operating cash flows from Gibraltar due to higher prevailing copper prices, the Company has numerous options available to obtain any remaining funding.

Taseko’s strategy has been to grow the Company by acquiring and developing a pipeline of complementary projects focused on copper in stable mining jurisdictions.  We continue to believe this will generate long-term returns for shareholders.  Our other development projects are focused primarily on copper and are located in British Columbia.

Yellowhead Mining Inc. has an 817 million tonnes reserve and a 25-year mine life with a pre-tax net present value of $1.3 billion at an 8% discount rate using a US$3.10 per pound copper price. Capital costs of the project are estimated at $1.3 billion over a 2-year construction period.  Over the first 5 years of operation, the copper equivalent grade will average 0.35% producing an average of 200 million pounds of copper per year at an average C1* cost, net of by-product credit, of US$1.67 per pound of copper. The Yellowhead Copper project contains valuable precious metal by-products with 440,000 ounces of gold and 19 million ounces of silver with a life of mine value of over $1 billion at current prices.

The Company is focusing its current efforts on advancing the environmental assessment and some additional engineering work in conjunction with ongoing engagement with local communities including First Nations.  A focus group has been formed between the Company and high-level regulators in the appropriate Provincial ministries in  order to expedite the advancement of the environmental assessment and the permitting of the project.

In late 2019, the Tŝilhqot’in Nation, as represented by Tŝilhqot’in National Government, and Taseko entered into a confidential dialogue, facilitated by the Province of British Columbia, to try to obtain a long-term solution to the conflict regarding Taseko’s proposed gold-copper mine currently known as New Prosperity, acknowledging Taseko’s commercial interests and the Tŝilhqot’in Nation’s opposition to the project.  The dialogue was supported by the parties’ agreement on December 7, 2019 to a one-year standstill on certain outstanding litigation and regulatory matters that relate to Taseko’s tenures and the area in the vicinity of Teẑtan Biny (Fish Lake).

The COVID-19 pandemic delayed the commencement of the dialogue, but the Tŝilhqot’in Nation, the Province of British Columbia and Taseko have made progress in establishing a constructive dialogue. In December 2020, the parties agreed to extend the standstill for a further year to continue this dialogue.

Environmental monitoring and product marketing initiatives on the Aley Niobium project continue. The pilot plant program has successfully completed the niobium flotation process portion of the test, raising confidence in the design and providing feed to the converter portion of the process. Completion of the converter pilot test, which is underway, will provide additional process data to support the design of the commercial process facilities and provide final product samples for marketing purposes.