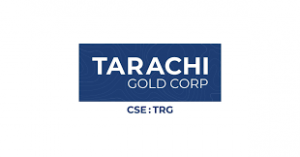 Each Unit consists of one common share and one-half common share purchase warrant with each full Warrant entitling the holder to purchase one Share of the Company at a price of CAD$0.70 per Share for a period of 24 months from the date of closing of the Private Placement.

All securities issued will be subject to a four month hold period pursuant to securities laws in Canada.

The Company intends to use the proceeds from the Private Placement for exploration of the Company’s portfolio of resource properties in Mexico and for general working capital.

Tarachi CEO, Lorne Warner stated: “First and foremost, we thank our new and existing shareholders for their support in this oversubscribed financing. We are pleased to welcome new shareholders to the register and to announce we have over $10,000,000 in the treasury. This cash position will be instrumental in unlocking the immense value we see at the Tarachi project which sits in the Mulatos gold belt of Sonora, Mexico. The Company is excited to test the high-grade gold target areas such as the past-producing La Dura underground mine and the San Javier shear zone. The Company expects to begin diamond drilling in the coming weeks.”

The Company paid finders’ fees of $304,938 and issued 755,610 finders’ warrants at the same terms as the Warrants described above.

About the Tarachi Project

Tarachi has an option to acquire 100% of a group of concessions in the Sierra Madre gold belt known as the Tarachi project. The project is approximately 220 kilometres (“km”) east of the City of Hermosillo, and 300km south of the border between the United States of America and Mexico. The Tarachi projects include the El Jabali past producing gold mine, consisting of 70 hectares located in east Sonora in the Mulatos gold belt. The property is located only 6 km west from Alamos Gold Inc.’s “Mulatos” gold-and silver-producing heap-leach mine.