Talon Metals Announces Closing of Private Placement of Common Shares for Proceeds of $4,016,950

Talon Metals Announces Closing of Private Placement of Common Shares for Proceeds of $4,016,950 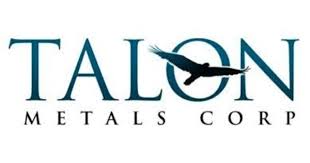 Talon Metals Corp. (TSX: TLO) is pleased to announce that it has closed a non-brokered private placement of an aggregate of 40,169,500 common shares of the Company which were issued at a price of C$0.10 per Offered Share for aggregate gross proceeds of C$4,016,950.

The Company intends to use the net proceeds of the Offering for exploration, working capital and general corporate purposes.

The Offering remains subject to final approval of the Toronto Stock Exchange.

“With the completion of this capital raising, Talon is well positioned to advance the Tamarack Project, despite the current challenging macro environment”, said Sean Werger, President of Talon. “We would like to thank our existing shareholders for their continued support and welcome a number of new shareholders to the Company.”

Talon’s CEO, Henri van Rooyen also commented: “On the back of an extremely successful winter exploration program at Tamarack, which gave us more confidence in the existing resource, we are already planning the next exploration phase at Tamarack. Of note, this next program will focus primarily on large step-outs from the resource area, with the goal of cost-effectively testing prospective areas along the 18-km Tamarack Intrusive Complex. At the same time, we are advancing flowsheet development for both concentrate and nickel sulphate production to maximize Company value. This is an exciting time for the Company.”

Resource Capital Fund VI L.P. an insider of the Company (as a result of its beneficial ownership of, or control or direction over, directly or indirectly, greater than 10.0% of the outstanding common shares of the Company), participated in the Offering and purchased 21,127,500 Offered Shares under the Offering for gross proceeds to the Company of C$2,112,750. The participation of RCF in the Offering constitutes a “related party transaction” within the meaning of Multilateral Instrument 61-101 – Protection of Minority Security Holders in Special Transaction. The Company has determined that the transaction is exempt from the formal valuation and minority shareholder approval requirements of MI 61-101 by virtue of the exemptions contained in Sections 5.5(a) and 5.7(1)(a) of MI 61-101, as neither the fair market value of securities issued to insiders nor the consideration paid by insiders exceeded 25 percent of the Company’s market capitalization. The Company did not file a material change report in respect of the transaction 21 days in advance of closing of the Offering because insider participation had not been confirmed. The shorter period was necessary in order to permit the Company to close the Offering in a timeframe consistent with usual market practice for transactions of this nature.

In connection with the Offering, finder’s compensation in the form of a 6.0% cash fee and 6.0% finders warrants have been paid and issued to certain finders in connection with certain subscriptions, with each such finder warrant entitling the holder thereof to acquire one common share of the Company at a price of C$0.10 per common share for a period of two years from the closing date of the Offering.

The Offered Shares have not been and will not be registered under the U.S. Securities Act of 1933, as amended, and may not be offered or sold in the United States absent registration or an applicable exemption from the registration requirements. This news release shall not constitute an offer to sell or the solicitation of an offer to buy nor shall there be any sale of the Offered Shares in any jurisdiction in which such offer, solicitation or sale would be unlawful.

Talon is a TSX-listed base metals company in a joint venture with Rio Tinto on the high-grade Tamarack Nickel-Copper-Cobalt Project located in Minnesota, USA, comprised of the Tamarack North Project and the Tamarack South Project. Talon has an earn-in right to acquire up to 60% of the Tamarack Project. The Tamarack Project comprises a large land position (18km of strike length) with numerous high-grade intercepts outside the current resource area. Talon is focused on expanding its current high-grade nickel mineralization resource prepared in accordance with NI 43-101; identifying additional high-grade nickel mineralization; and developing a process to potentially produce nickel sulphates responsibly for batteries for the electric vehicles industry. Talon has a well-qualified exploration and mine management team with extensive experience in project management.