Talisker Resources Ltd. (TSX: TSK) (OTCQX: TSKFF) is pleased to announce that it has entered into a definitive agreement with New Carolin Gold Corp. (TSX-V:LAD) whereby Talisker will acquire all of the issued and outstanding common shares of New Carolin pursuant to a court-approved plan of arrangement. New Carolin owns the Ladner Gold Project (as outlined below), which includes the former producing Carolin Gold Mine.

Terry Harbort, President and Chief Executive Officer of Talisker, commented: “The acquisition of New Carolin is directly in-line with Talisker’s strategy to consolidate quality mineral assets in south central British Columbia. The Ladner Gold Project forms a strong complement to our flagship asset at Bralorne with a compliant mineral resource estimate and a district size land package, and we expect this purchase to represent another transformational transaction for Talisker.”

Located in southern British Columbia (see map below), the Ladner Gold Project is comprised of mineral claims over an area of approximately 28 by 5 km (14,380 hectares) covering the northern part of the Coquihalla Gold Belt. It is accessible by the Coquihalla Highway, with the former Carolin Gold Mine located approximately 6 km from the Coquihalla Highway. The Ladner Gold Project has excellent infrastructure and an existing mine permit (1,300 tonnes per day), tailings storage facility, mine site and mill site. New Carolin’s most recent technical report titled “Technical Report on the Ladner Gold Project, British Columbia” with an effective date of May 29, 2015 provides for a combined total of 691,540 inferred ounces of gold (including 12,132,000 tonnes grading 1.53 g/t gold for 607,000 oz at the Carolin Mine, 3,575,000 tonnes grading 0.69 g/t gold for 79,540 oz at the McMaster Zone, and 93,000 tons grading 0.053 oz/ton for 5,000 oz at the Tailings deposit). Key assumptions, parameters, and methods used to prepare the mineral resource estimate are disclosed in the Technical Report, which is available under New Carolin’s issuer profile at www.sedar.com. More recent exploration results include a 2018 drill hole (18NC10) that intersected 93m averaging 1.39 g/t gold, including 7m of 5.75 g/t gold. Historic exploration drill results at the Carolin Mine were highlighted by 17.05 g/t Au over 10m (hole 716-6), 10.85 g/t Au over 21.4m (hole 600-3) and 4.97 g/t Au over 62.3m (hole IU-37).

The Transaction has New Carolin board and management support, as directors and officers holding 3.2% of issued and outstanding common shares of New Carolin have entered into voting support agreements with Talisker, pursuant to which they have agreed, among other things, to vote their New Carolin shares in favour of the Transaction.

In addition to shareholder and court approvals, the Transaction is subject to applicable regulatory approvals including, but not limited to, TSX and TSX Venture Exchange approval and the satisfaction of certain other closing conditions customary in transactions of this nature. The Arrangement Agreement contains customary provisions including non-solicitation, “fiduciary out” and “right to match” provisions. The Arrangement Agreement, which describes the full particulars of the Arrangement, will be made available on SEDAR under the issuer profiles of Talisker and New Carolin at www.sedar.com.

Evans and Evans, a financial advisory firm, has provided a fairness opinion to the Board of Directors of New Carolin that, as of the date of such opinion, and based upon and subject to the assumptions, limitations and qualifications stated in such opinion, the consideration to be paid under the Transaction is fair, from a financial point of view, to New Carolin shareholders.

Talisker is a junior resource company involved in the exploration of gold projects in British Columbia, Canada. Talisker’s projects include the Bralorne Gold Complex, an advanced stage project with significant exploration potential from a historical high-grade producing gold mine as well as its Spences Bridge Project where the Company holds ~85% of the emerging Spences Bridge Gold Belt and several other early-stage Greenfields projects. With its properties comprising 282,403 hectares over 258 claims, three leases and 198 crown grant claims, Talisker is a dominant exploration player in the south-central British Columbia. The Company is well funded to advance its aggressive systematic exploration program at its projects.

The technical information contained in this news release has been approved by Leonardo de Souza (BSc, AusIMM (CP) Membership 224827), Talisker’s Vice President, Exploration and Resource Development, who is a “qualified person” within the meaning of National Instrument 43-101 – Standards of Disclosure for Mineral Projects. 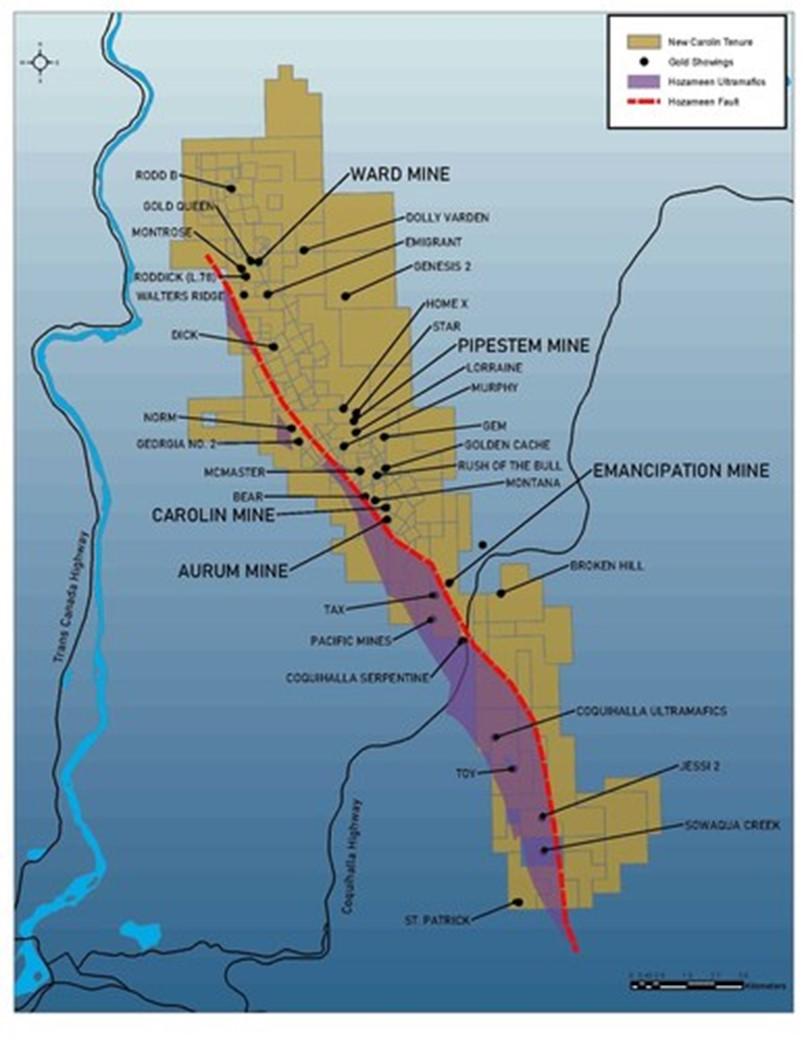