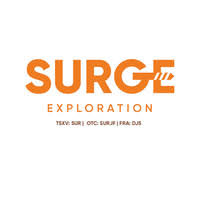 All drill results from the Company’s 20,028 metre winter drill program have now been received and released. Figure 1 shows the location of these drill holes and section references. The Company is pleased to announce that the minimum 5,000 metre summer drill program at Ootsa has commenced with two core rigs focused on the West Seel deposit, performing step out drilling in areas where the deposit remains open. Pending final planning and results as the summer progresses, the program is anticipated to expand outward to test additional near-resource exploration targets. 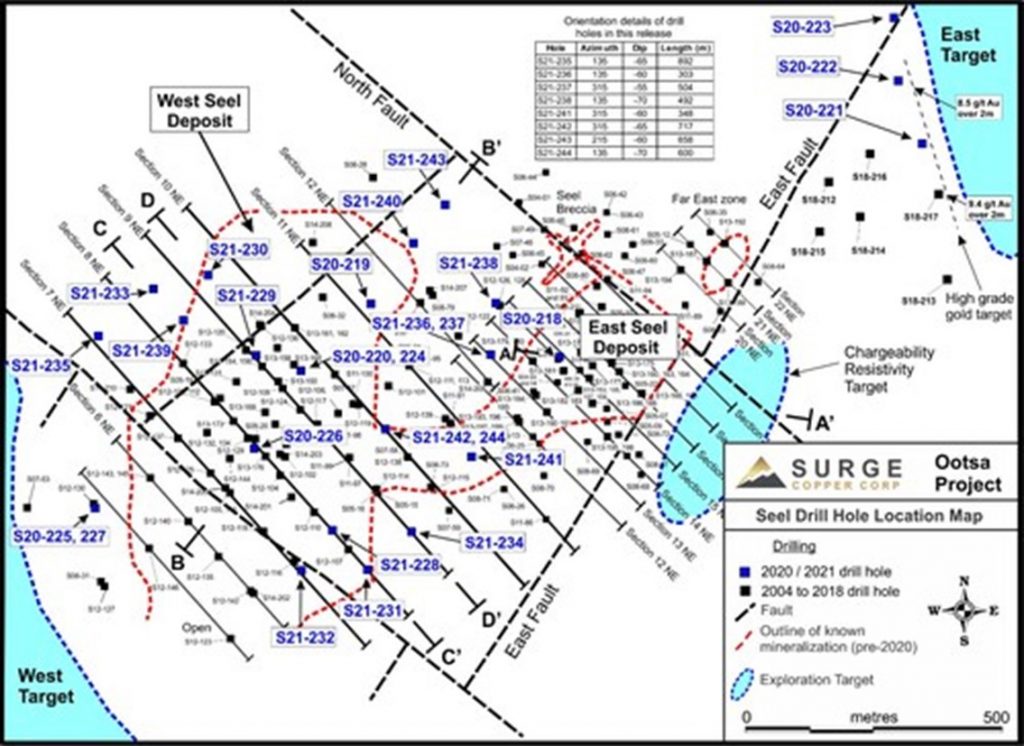 Holes S21-235 and 241 to 244 were all drilled on the margins of the West Seel deposit or in the area immediately between the East and West Seel deposits. All five holes intersected significant zones of mineralization as summarized in the table below, and the orientation and total depth of each hole is summarized on Figure 1. 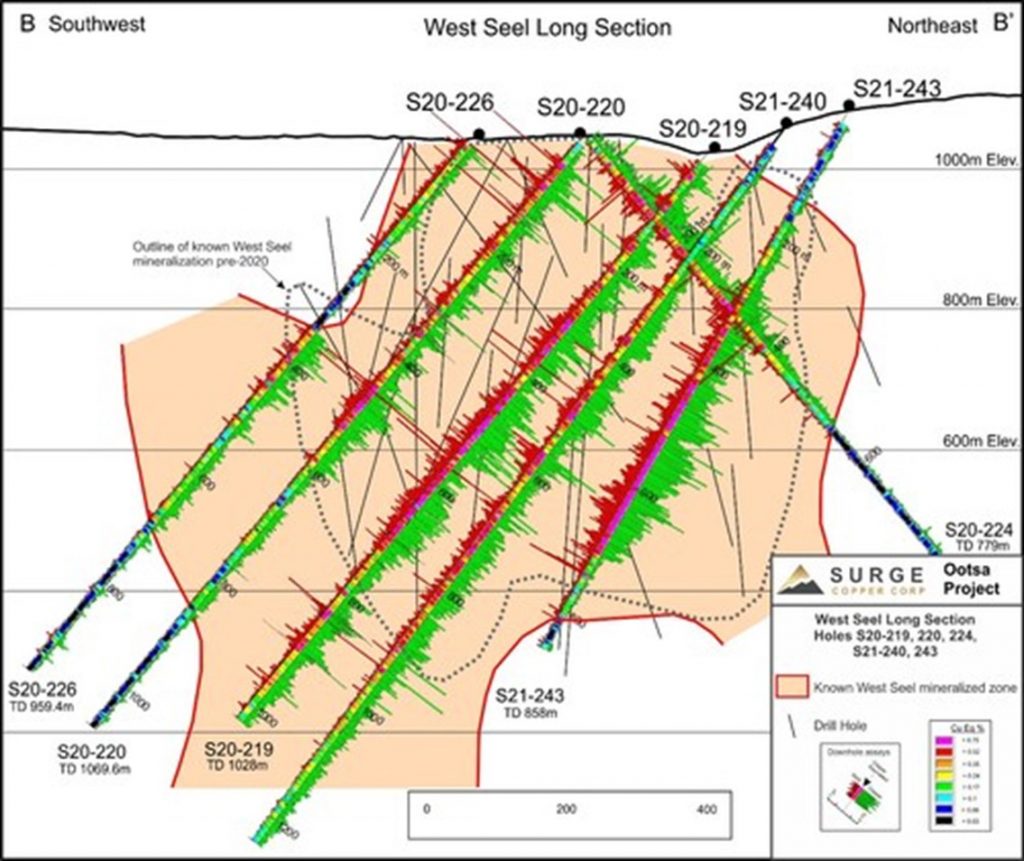 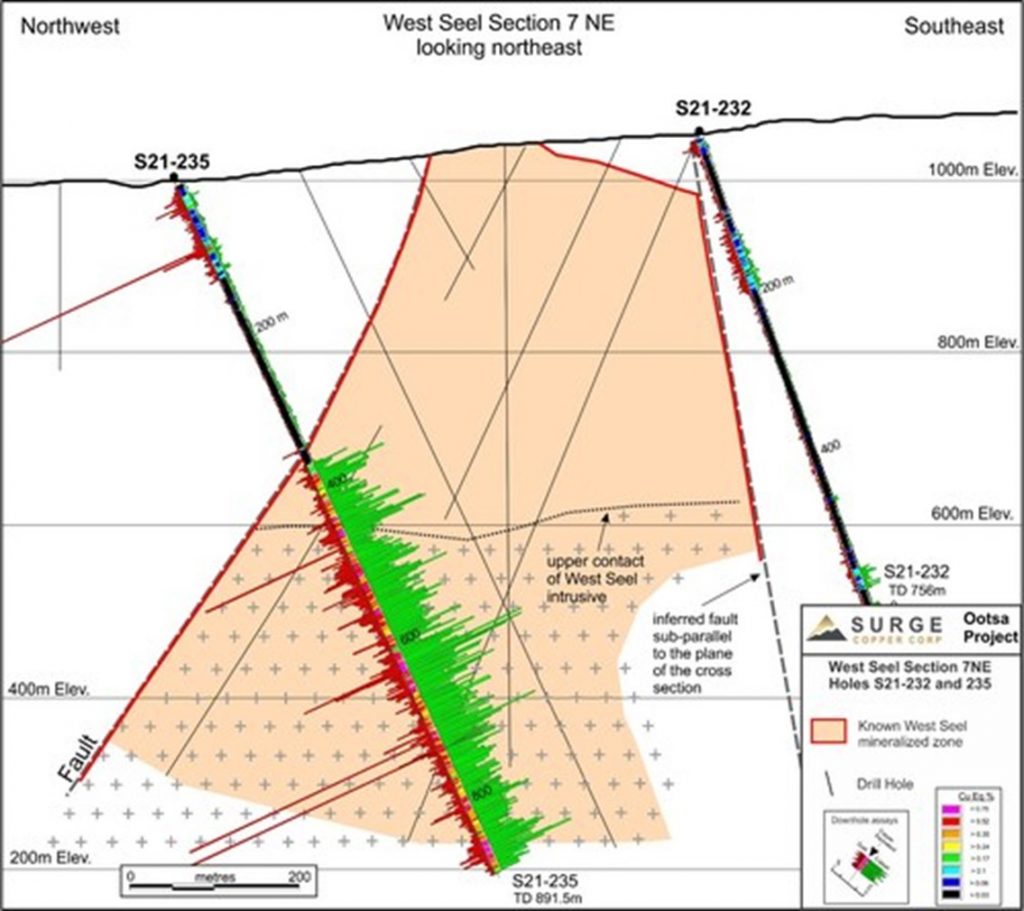 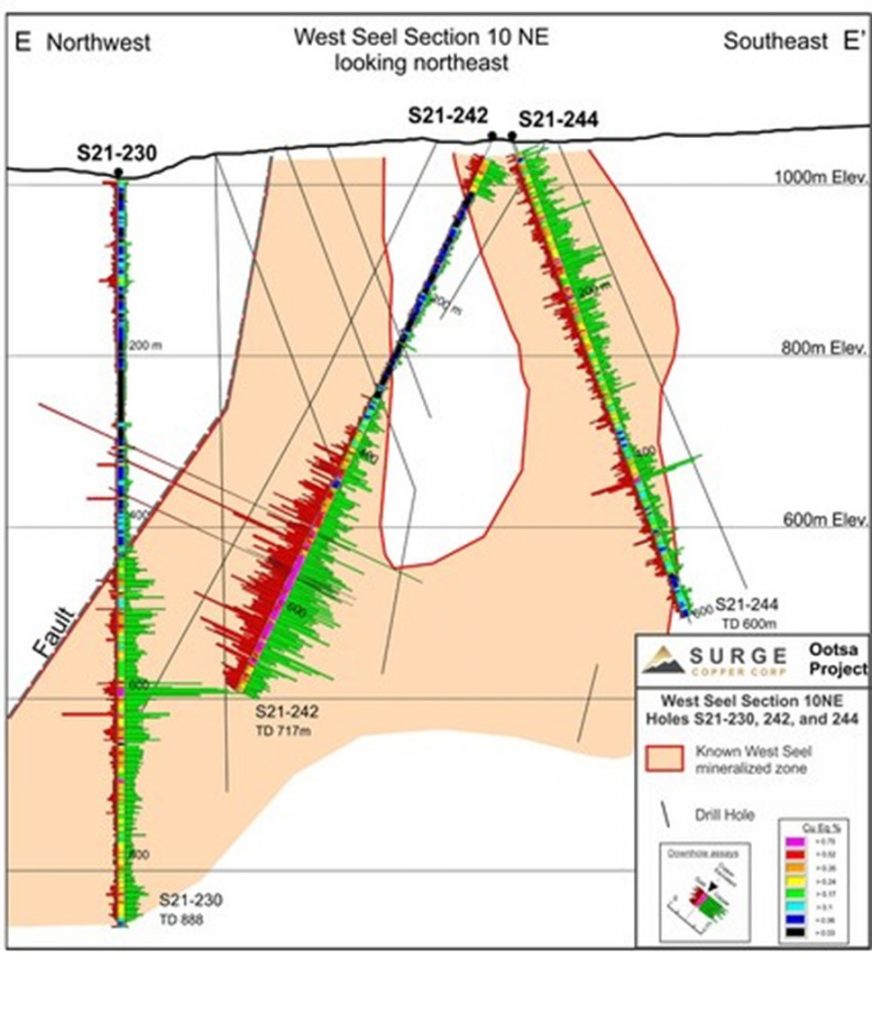 Holes S21-236, 237, and 238 tested a zone immediately west of the East Seel deposit and encountered widespread alteration and Cu-Mo anomalies but no significant intervals of mineralization.

A minimum 5,000 metre drill program has commenced at Ootsa with two core rigs currently drilling at the West Seel deposit. Drilling will initially be focused on further resource expansion and definition at West Seel and may expand outward to test a number of other exploration targets as the summer progresses.

A Z-axis Tipper Electromagnetic airborne geophysical survey commenced on June 10 and is currently being flown across the entire Ootsa-Berg claim package. Field crews are being assembled to conduct initial ground follow-up on prioritised ZTEM anomalies, and to conduct surface work on existing exploration targets on the properties, in preparation for drill testing.

All drill core is logged, photographed, and cut in half with a diamond saw. Half of the core is bagged and sent to Activation Laboratories Ltd. in Kamloops, British Columbia for analysis (which is ISO/IEC 17025 accredited), while the other half is archived and stored on site for verification and reference purposes. Gold is assayed using a 30g fire assay method and 37 additional elements are analyzed by Induced Coupled Plasma (ICP) utilizing a 4-acid digestion. Duplicate samples, blanks, and certified standards are included with every sample batch and then checked to ensure proper quality assurance and quality control.

Dr. Shane Ebert P.Geo., is the Qualified Person for the Ootsa and Berg projects as defined by National Instrument 43-101 and has approved the technical disclosure contained in this news release.