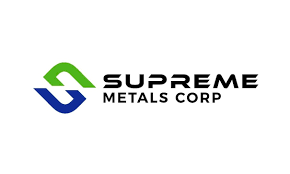 Supreme Metals Corp. (CSE: ABJ) (FSE:A68) announced that it has closed a non-brokered private placement of units for aggregate proceeds of $3,253,550. The Company sold an aggregate of 21,690,332 Units pursuant to the Offering.  Each Unit was issued at a price of CAD$0.15 and comprised of one common share of the Company and one common share purchase warrant.  Each Warrant is exercisable to acquire one Common Share of the Company for a period of 36 months following the closing date at an exercise price of CAD$0.30 per Common Share.

The Company intends to use the net proceeds from the Offering to advance its exploration projects and for working capital purposes. The Units have been issued on a private placement basis pursuant to applicable exemptions from prospectus requirements under applicable securities laws. All securities issued or issuable pursuant to the Offering are subject to a hold period of four months and one day.

Sol Sureno, via its wholly-owned subsidiary, Sol Sureño Sociedad Anonima Cerrada (Sol Sureño S.A.C.) a corporation formed under the laws of Peru, holds 22 registered mining concessions totalling 19,200 hectares and another 10 mining concessions of 7,000 Ha still pending registration. The Macusani Project is located 120 km southeast of the Macusani Plateau in the Crucero-Picotani Plateau area which hosts known lithium occurrences in the same rhyolitic tuff formations as the lithium bearing formations within the Macusani Plateau.

The Company paid a finder’s fee of 1,500,000 Common Shares to arm’s length parties in connection with the Acquisition.

About the Macusani Project

The geology of the Macusani Crucero-Picotani Plateau and surrounding area is unique in that it contains some of the world’s most highly evolved rhyolitic peralkaline rocks, both intrusive and extrusive. Such rocks have anomalous accumulation of tin, tungsten, beryllium, rubidium and lithium. At this time lithium exploration has been focused on several flat lying horizons within the Chacaconiza member of the Quenamari Formation of rhyolitic tuff but the presence of lithium in both rhyolitic intrusive and pegmatite rocks has not been thoroughly examined. Most of Sol Sureno’s concessions overly the outcropping Chacaconiza member.

Supreme Metals Corp. is a Canadian based exploration company with a focused approach in the area of green and energy metals in the Western World adjacent to anticipated downstream manufacturing projects that will have a significant need for these metals.