Chris Jordaan, President and CEO of Superior Gold stated: “The Company faced a number of challenges during 2022. Performance in the second and third quarters was impacted by extended Western Australia border closures, due to Covid 19,  as well as a general shortage of skilled labour once borders opened up across Australia. During this period underground development averaged only 514 metres per month, which is inadequate to achieve planned production targets. In addition, operational underperformance of the open-pit led to production levels well below expectations. The open-pit underperformance necessitated significant focus from management and diluted management attention to the underground mine. In Q3, a detailed review of the open-pit performance was conducted and at the start of Q4, suspension activities commenced for the open-pit operations. In line with the detailed review and overall business performance, a restructuring program was completed and adjustments to the operating model were made. These included reducing operational headcount and transitioning in Q4 to batch milling. In addition, a comprehensive business improvement process was commenced, reducing monthly operating costs and improving underground productivity.

Productivity improvements specifically focussed on increasing development from 514 metres per month to a target of 730 metres per month and production drilling from 9,000 metres per month to more than 20,000 metres per month to increase, over time, developed, drilled and broken stock inventory. This is expected to provide the flexibility needed to target an increased stope grade towards 3.0 g/t and maintain consistent production from the underground of 80,000 tonnes per month. By the end of the fourth quarter, these leading indicators had improved significantly with the highest rates for the year being achieved in December including a development rate of 714 metres, production drilling of 20,155 metres and ore hauled from underground of 81,720 tonnes. As we continue to target these rates on a sustained basis, we expect a commensurate increase in available inventory and production performance from the underground.

During 2022 the Company provided a number of encouraging exploration updates that continue to point toward the identification of more productive mining fronts. Ongoing geological initiatives including the implementation of a new modelling technique have improved our understanding of the mineralization at Plutonic and specifically the northwest-trending faults that control the concentration of higher-grade gold mineralization. Finally, the Company successfully updated its Mineral Reserve and Mineral Resource statement which incorporated a 66% increase in Mineral Reserves and a 29% increase in Inferred Mineral Resources.

Looking ahead, in 2023 the operating focus will be solely on the underground mine. Management will continue to focus on the key leading performance indicators of increasing development, production drilling rates and building inventory. This is expected to provide improved operational flexibility with higher and more consistent grades and tonnages being delivered to the mill. We understand our performance in 2022 was a disappointment and that we must improve our operating performance and reduce costs in 2023 in order to improve our financial position. We saw a marked improvement in our operating performance during the latter stages of the fourth quarter and expect to continue to build on those improvements as we move into 2023.”

The Company will be releasing its complete financial and operating results for the fourth quarter and full year of 2022 in March 2023.

Preliminary production details are summarized in the table below:

The Company concluded the year with a cash position of $8.1 million reflecting reduced ounce production, the suspension and demobilization of the open-pit operations and certain related AUD$ payables. With the suspension of open-pit operations, the refocus on the underground and driving development and production drilling, combined with strong gold prices, the Company is targeting reduced costs, improved performance and cash generation going forward.

Details of production, cost, and capital expenditure guidance for 2023 are summarized in the table below.

With production stabilizing and expected to improve, targeting gold production of close to 6,000 ounces in January from the underground, costs are expected to reduce in 2023. While capital spending is set to decrease relative to 2022, the Company expects to proceed with required investments in operations such as increasing development rates and production drilling to provide stope optionality and unlock additional value.

During the fourth quarter of 2022, the Company suspended open-pit mining operations and re-focused on the underground mine and the key leading performance indicators to target future improved operational results. A summary of the key performance drivers for 2023 are listed below and a detailed overview and progress update will be provided in Q1 2023:

The Company wishes to provide an update to the market on the status of the 2016 right of first refusal claim as discussed in detail in the Superior Gold news release dated November 8, 2018, and again in a news release dated March 14, 2022.  The Company indicated in the news release dated March 14, 2022, that it was successful in the litigation with respect to the breach of the ROFR in respect of the 2017 transaction and that the Company had filed an appeal for the alleged breach of the 2016 transaction.  The appeal is scheduled to be heard by the Supreme Court of Western Australia Court of Appeal on February 15-16, 2023.

In response to a news release issued by Catalyst Metals Ltd. on January 9, 2023, the Company indicated in a same-day news release that discussions with Catalyst were ongoing in respect of a potential transaction. There continues to be no assurance that any transaction or commercial agreement will materialize from these discussions, and even if agreed upon, it may not involve a fundamental change for the Company. The Company continues to evaluate all alternatives in order to utilize the significant infrastructure available at the Plutonic Gold Operations and continues to assess opportunities as they arise.

The Company does not intend to make any additional comments regarding these discussions or any potential transaction unless and until a formal agreement has been reached or as otherwise determined to be appropriate by the Company’s board of directors.

The scientific and technical information in this news release has been reviewed and approved by Ettienne Du Plessis, who is a “qualified person” as defined by NI 43-101. Mr. Du Plessis is not independent of the Company within the meaning of NI 43-101. 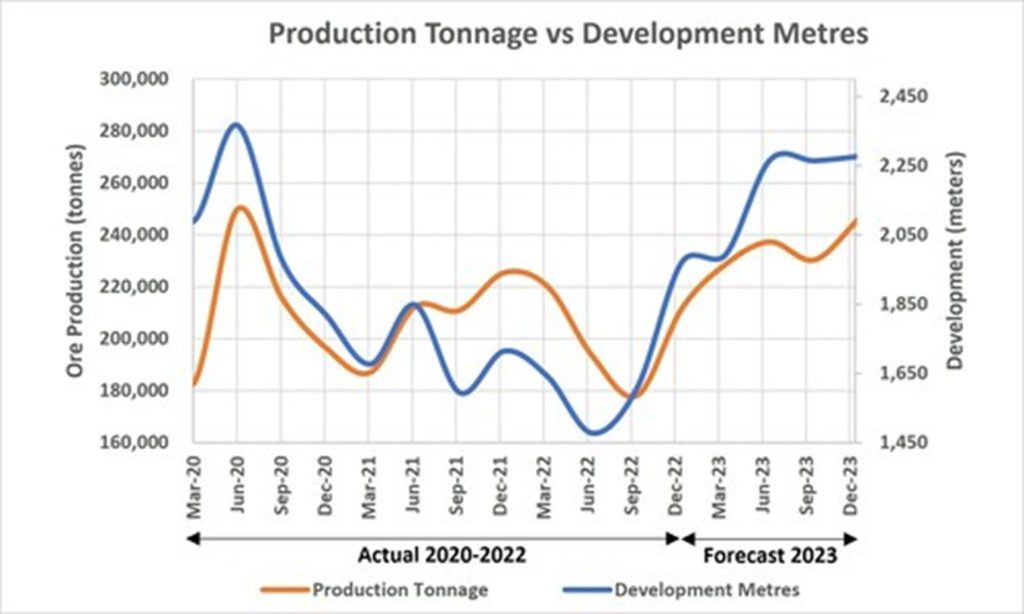 Figure 1 – Illustrates that the acceleration in development since September 2022, is now impacting the production tonnage and stope inventories. (CNW Group/Superior Gold) 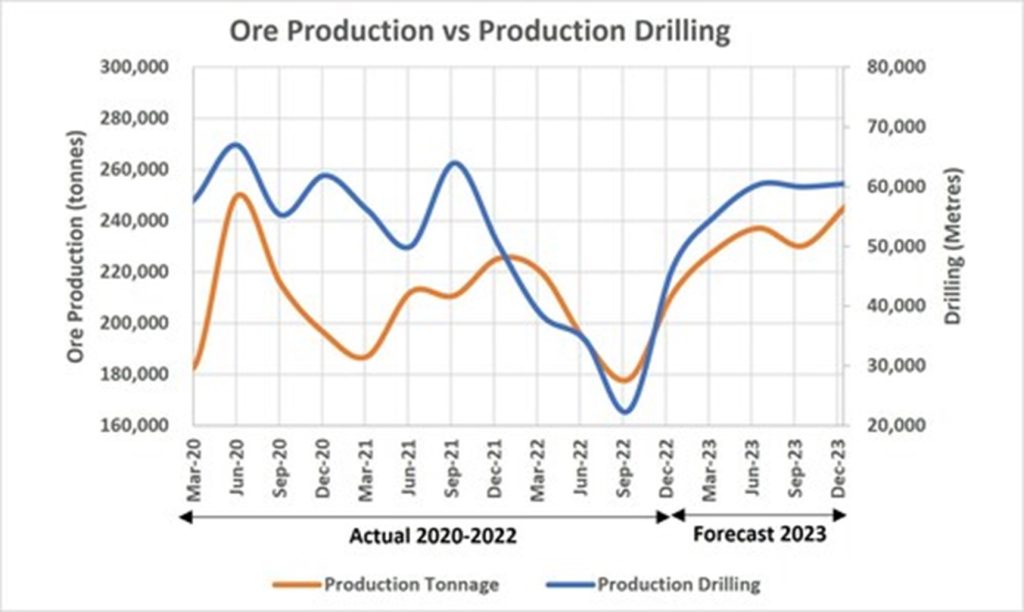 Figure 2 – Illustrates that development meters and production drilling have a delayed but highly correlated relationship with production and inventories. (CNW Group/Superior Gold)