Strategic Resources Acquires the Past Producing Mustavaara Mine in Finland

Strategic Resources Acquires the Past Producing Mustavaara Mine in Finland 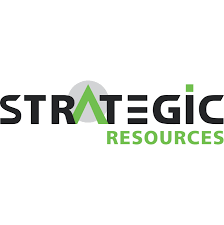 Strategic Resources Inc. (TSX-V:SR) announces that it has successfully applied for Reservations over the Mustavaara mine area in Finland. The Company has also signed a definitive agreement with the bankruptcy estate of Ferrovan Oy to acquire all of the intellectual property, core samples and storage facilities associated with Mustavaara for €150,000. Closing of the agreement will be subject to certain conditions, with the main condition being the granting of fully valid Reservations from the Finnish mining authority, Tukes. Strategic expects that this should occur in or around the second quarter of this year.

Scott Hicks, CEO commented, “We view this as a unique opportunity to acquire a large-scale brownfields historical resource and a project that was taken to a Pre-Feasibility Study level in 2012. Mustavaara has the potential to supply a growing vanadium redox battery market as well as provide substantial benefits to the Finnish economy. The team looks forward to building out our portfolio of assets in Finland over the coming years.”

Mustavaara is a large vanadium-iron-titanium deposit, which was mined by the Finnish state company Rautaruukki Oy between 1976 and 1985. The Project is located in the Municipality of Taivalkoski, 75km southwest of the city of Kuusamo. The vanadium produced from Mustavaara and the nearby Otanmäki deposit accounted for approximately 10% of the world vanadium production at that time. Mining was suspended due to adverse market conditions and the processing facilities were dismantled in 2001.

Ferrovan commissioned Pöyry Finland Oy to complete a Pre-Feasibility Study (“PFS”) for the project in 2011. The resulting 2012 PFS outlined a project that would have a concentrator near site and a smelting plant located close to the coast in the city of Raahe.

The PFS was based on a reserve of 97 million tonnes at 13.8% magnetite and 0.91% vanadium in concentrate in the Probable reserve category. Prior work indicated that the magnetite content could be upgraded by a factor of six as a result of the concentrating process. Consequently, the vanadium grade could also be enhanced significantly from 0.2% vanadium to 0.9% vanadium (equivalent to 1.65% V2O5). This resource is now considered historical.

Strategic plans on commissioning a National Instrument 43-101 compliant resource estimate for the project based on existing drilling completed to date, surface checks and detailed re-sampling work. Post the completion of the resource estimate, Strategic plans to undertake an economic study that reflects current market prices and cost estimates.

Leo Hathaway, P.Geo., Vice President of Strategic and the Qualified Person as defined by National Instrument 43-101 Standards of Disclosure for Mineral Projects for the Mustavaara Project has reviewed, verified and approved all disclosure of scientific or technical information made by Strategic herein, including disclosure of a mineral resource, and the general contents of this news release.

Strategic Resources Inc. is a Vancouver, Canada based mineral exploration and development company that is focused on vanadium projects in Finland and Peru. The Company continues to evaluate new opportunities that are related to the electrification of the economy.