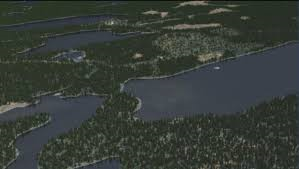 Strateco Resources Inc. (TSX:RSC) (FRANKFURT:RF9) is pleased to announce that it has entered into a property agreement dated December 16, 2013, with Denison Mines Corp. on the Jasper Lake project in Saskatchewan. Strateco can earn up to a 60% interest in the project, which is comprised of four Denison properties formerly known as Jasper Lake, Minor Bay, Ahenakew Lake and North Wedge. This agreement could be transferred to an affiliated company. Strateco will be the project operator during the earn-in.

This large and enviable land position is strategically located on the eastern side of the Athabasca Basin, straddling both the shallow eastern edge of the basin and the Wollaston-domain basement. The non-contiguous 18 active claims cover an area of 45,271 hectares and are located near the prolific uranium deposits of Cigar Lake and Rabbit Lake, both less than 12 km from the project boundary. Access to the property is made possible through provincial highway 905 that links La Ronge with Points North in northern Saskatchewan.

According to the agreement between Strateco and Denison, to obtain an initial undivided 49% interest in the project, Strateco will make total cash payments of one million dollars and incur four million dollars in exploration expenditures over three years. Payments will be made on the following schedule:

Furthermore, a minimum of one million dollars will be spent on exploration in 2014.

“We are very pleased with this agreement with Denison, which gives us a significant presence in the prolific Athabasca Basin, said Guy Hebert, Strateco’s President and CEO. We are confident that the combination of Denison’s excellent reputation and longstanding experience and Strateco’s proven expertise will drive the success of the Jasper Lake project and will be of benefit to the shareholders of both companies.”

Summary of the Jasper Lake Project

The Jasper Lake project is a major grassroots-stage exploration project located in the highly prospective central-eastern area of the Athabasca Basin. The region’s potential is underscored by the longevity of mining at Cameco’s Rabbit Lake Mine and Mill, the soon-to-be-producing Cigar Lake Mine, and the very recent discoveries of the Roughrider and J-Zone deposits. The 18 claims lie on the eastern edge of the Athabasca Basin, with relatively thin or non-existent sandstone cover, thus reducing exploration costs.