Stornoway to Commence Early Construction of Renard Mine Airport

Stornoway to Commence Early Construction of Renard Mine Airport 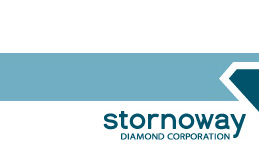 Construction of the permanent road leading to the Renard Project began in February 2012 as the “Route 167 Extension”. Under the terms of a November 2012 Framework Agreement between Stornoway and the Government of Quebec, Quebec is completing the first 143km of road as a 70km/hr two-lane gravel highway and Stornoway is undertaking the construction of a 50km/hr single lane mining road over the remaining 97km. On September 3rd, 2013 Stornoway announced that all four segments had been successively connected, allowing the first full transit of vehicles to the project site well ahead of schedule.

The cost for the Renard Mine Road was originally estimated at $77 million, including a 15% contingency. Under the terms of a December 2012 Financing Agreement between Stornoway and Quebec, this cost is being funded through a credit facility provided to Stornoway bearing interest at the rate of 3.35% and amortized over a period of 15 years. The schedule of repayment of this loan is based on the financing and construction schedule of the Renard Diamond Project.

Stornoway is now forecasting the cost to complete the Renard Mine Road at $70 million, approximately 10% below budget. Stornoway and Quebec have agreed that the balance of funds within the base credit facility of $77 million may be drawn for the construction of the Renard Mine Airport. The airport’s capital cost estimate contained within the January 2013 Renard Optimization Study was $15.5 million, including all site infrastructure and operating facilities. Given the competitive cost environment currently existing in Quebec for major capital projects, and the on-site presence of Stornoway’s contractors, fuel and equipment already mobilized for road construction, Stornoway has estimated that sufficient funds will be available within the road credit facility for the completion of all major civil works at the airport, well within budget and schedule. Work will commence immediately.

The Renard Diamond Project is located approximately 250 km north of the Cree community of Mistissini and 350 km north of Chibougamau in the James Bay region of north-central Quebec. In November 2011, Stornoway released the results of a Feasibility Study at Renard, followed by an Optimization Study in January 2013, which highlighted the potential of the project to become a significant producer of high value rough diamonds over a long mine life. Probable Mineral Reserves as defined under National Instrument (“NI”) 43-101 stand at 17.9 million carats. Total Indicated Mineral Resources, inclusive of the Mineral Reserve, stand at 27.1 million carats, with a further 16.9 million carats classified as Inferred Mineral Resources, and 25.7 to 47.8 million carats classified as non-resource exploration upside. All kimberlites remain open at depth. Pre-production capital cost stands at an estimated C$752 million, with a life of mine operating cost of C$57.63/tonne giving a 67% operating margin over an initial 11 year mine life. Readers are referred to the technical report dated December 29th, 2011 in respect of the November 2011 Feasibility Study for the Renard Diamond Project, and the technical report dated February 28th, 2013 in respect of the January 2013 Optimization Study, for further details and assumptions relating to the project.