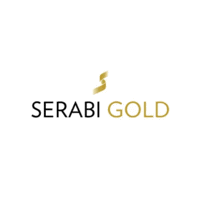 Serabi Gold plc (AIM:SRB) (TSX:SBI), the Brazilian-focused gold mining and development company, is pleased to announce the results from its ongoing surface and underground exploration diamond drilling programme being undertaken on the Sao Chico orebody at its Palito Complex.

“This is clearly excellent news for the Company.  We are embarking on an aggressive surface and underground drilling programme mostly focusing in and around the Sao Chico orebody to assess its long-term potential.  We have always seen the strong potential in and around Sao Chico and exploration success here is key to our next expansion plans should they be justified. These early drill results immediately extending the resource beyond the current mining limits have returned some excellent intersections over minable widths in all directions.  Our initial plan is to drill over an area, beyond the current mine workings, of up to 300 metres to the east, 500 metres to the west, and approximately 250 metres at depth.

“The Company has completed approximately 20 per cent of the planned programmes, which are expected to be concluded by the end of June.  Our objective is that the drill programme will provide enough new information to allow us to commission the preparation of an updated geological resource and mineral reserve for the Sao Chico orebody during Q3 2020.

“The recent start-up of the RC drilling into the large terrestrial geophysical anomalies just two kilometres to the west of the Sao Chico orebody is also very exciting.  These anomalies, which we originally confirmed in November 2018, are quite spectacular when compared to the equivalent geophysical anomaly that overlies the Sao Chico orebody, which has produced approximately 75,000 ounces of gold to date.  Strong exploration success here could lead to an expansion in production from the Sao Chico orebodies in the longer term.   This programme should take approximately six months to complete although drilling will need to be suspended approximately every two months to allow for the processing of results.

“In the near term, operations have continued to perform well over the last quarter of 2019, and I was at site in December for the initial testing of our ore sorter.  Further calibration work will be undertaken this quarter with the manufacturer at site this month.  With the ore sorter being tested during this first quarter, we expect the first quarter’s gold production to be at similar levels to 2019, with the enhanced production impact being realised from the second quarter onwards.  With this in mind, we anticipate 2020 production guidance of 45,000-46,000 ounces.

“To end, I am pleased to say that the fourth quarter’s production was strong and with final production statistics currently being reconciled, I anticipate providing the final quarter and the full year operational update very shortly.”

An interview with Mike Hodgson discussing this update on the exploration and operational activities of Serabi can be accessed using the following link.

The Company is currently conducting step-out drill traverses, from surface and underground to the east, west and at depth in and around the Sao Chico mining limits.  Results to date have established the continuation of payable mineralisation in all three directions.

This step out drilling is significant in that it further highlights the potential in the Sao Chico area for new discoveries within the Serabi’s tenement portfolio.

Note: Reported intercepts are calculated based on a minimum weighted average grade of 0.3g/t Au using a 0.5g/t Au weighted average lower cut and a maximum internal waste interval of 1.2m based on Palito Laboratory reported analyses. All assays were completed by Palito Laboratory using a 30gm DIBK aqua regia charge with an AAS analysis. Palito Assays are not certified analyses (please refer to the footnote at the end of this release for further details).

To access an image illustrating a long section of the orebody with location of drilling intercepts and key results, please use the following link – https://bit.ly/2SXaXWe