Vizsla Silver Corp. (TSX-V: VZLA) (NYSE: VZLA) (Frankfurt: 0G3) is pleased to report results from seven new drill holes targeting the San Antonio vein along the Cordon del Oro Vein Corridor, at its 100%-owned, flagship Panuco silver-gold project located in Mexico. The results expand mineralization at the San Antonio Vein beyond the boundary of the March 2022 maiden resource estimate by over 100 metres along strike and down dip.

“Vizsla continues to test target areas in the Central portion of the district in parallel with resource growth at Napoleon and Tajitos-Copala”, commented Michael Konnert, President and CEO. “These wide, high-grade intersections announced today are the reward for this strategy, with San Antonio demonstrating that the Cordon del Oro Corridor has significant potential to become another important resource centre at Panuco. Drilling has now expanded San Antonio mineralization outside of the maiden resource by over 100 metres in both strike length and depth, underpinned by a high-grade precious metal rich shoot, which remains open. Furthermore, the acquisition of a key inset claim now provides Vizsla with an additional approximately 250 metres of mapped vein strike to be explored with drilling, which hosts historic workings and multiple high-grade surface results. At the district scale, even with the rapid pace of discoveries and resource growth, today’s results reinforce that only a small percentage of the identified targets on the Project have been drilled and that Vizsla remains in the initial stages of defining Panuco’s full silver and gold endowment.”

About the San Antonio Vein

The Cordon del Oro Vein Corridor is a fault-vein zone located in the central portion of the district that trends roughly north-northwest and dips moderately to the east. Mapping and sampling have traced the main structure over approximately 7.6 km of strike length, with local widths exceeding 15 meters. Cordon del Oro is one of the major northwest trending vein corridors at Panuco and is interpreted to be exposed at a shallower level of erosion compared to that of Napoleon and Tajitos. Artisanal-scale mining has occurred within the corridor along select high-grade mineralized shoots, however, Vizsla is not aware of any drilling completed by previous operators testing mineralization at depth. Company geologists suspect that the intermittent silver and gold mineralization encountered at shallow levels in the epithermal system deterred historic miners from going deeper and believe the potential for preserved mineralization at depth remains high.

The San Antonio Vein has now been traced over 325 metres along strike and to a depth of 300 m below surface. The Vein is predominantly hosted by rhyolite tuffs and is composed of banded and massive epithermal quartz. Previously reported intercepts returned up to 705 g/t Ag and 6.64 g/t Au (1,283 g/t AgEq) over 2.07 metres at shallow elevations (less than 100 metres below surface) (see press release dated July 28, 2021).

Today’s reported intercepts confirm the continuity of high-grade mineralization down dip to the east – southeast, outlining a high-grade shoot with dimensions of over 200 metres by 150 metres. The Company plans to continue exploring the mineralized shoot along trend of the high grades both to the east and west, where surface sampling has returned values up to 4,244 g/t AgEq.

Vizsla recently acquired the San Antonio claim (7 Ha) situated on the central portion of the San Antonio Vein. This acquisition allows for ongoing exploration to continue immediately west of open, high-grade drill intercepts and results in the Company owning 100% of the entire, 1,800 metre strike length of San Antonio vein.  The Company plans to mobilize a second drill rig in August to test the full extent of mineralization along both the San Antonio Vein and greater Cordon del Oro Corridor.

The Company also announces that Stuart Smith has resigned from the Board of Directors to focus his efforts on other professional ventures.

“Stuart’s contributions have been instrumental to Vizsla’s success,” said Michael Konnert, President, and CEO. “On behalf of the Board of Directors, I would like to thank Stuart for his invaluable service over the years and wish him the best of luck in his future endeavours.”

The newly consolidated Panuco silver-gold project is an emerging high-grade discovery located in southern Sinaloa, Mexico, near the city of Mazatlán. The 6,761-hectare, past producing district benefits from over 75 kilometres of total vein extent, 35 kilometres of underground mines, roads, power, and permits.

Vizsla Silver is a Canadian mineral exploration and development company headquartered in Vancouver, BC, focused on advancing its flagship, 100%-owned Panuco silver-gold project located in Sinaloa, Mexico. To date, Vizsla has completed over 140,000 metres of drilling at Panuco leading to the discovery of several new high-grade veins. For 2022, Vizsla has budgeted +120,000 metres of resource/discovery-based drilling designed to upgrade and expand the maiden resource, as well as test other high priority targets across the district.

In accordance with NI 43-101, Martin Dupuis, P.Geo., COO, is the Qualified Person for the Company and has reviewed and approved the technical and scientific content of this news release. 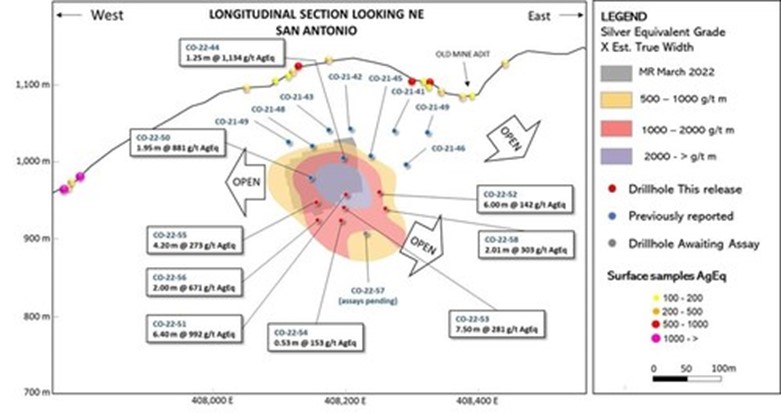 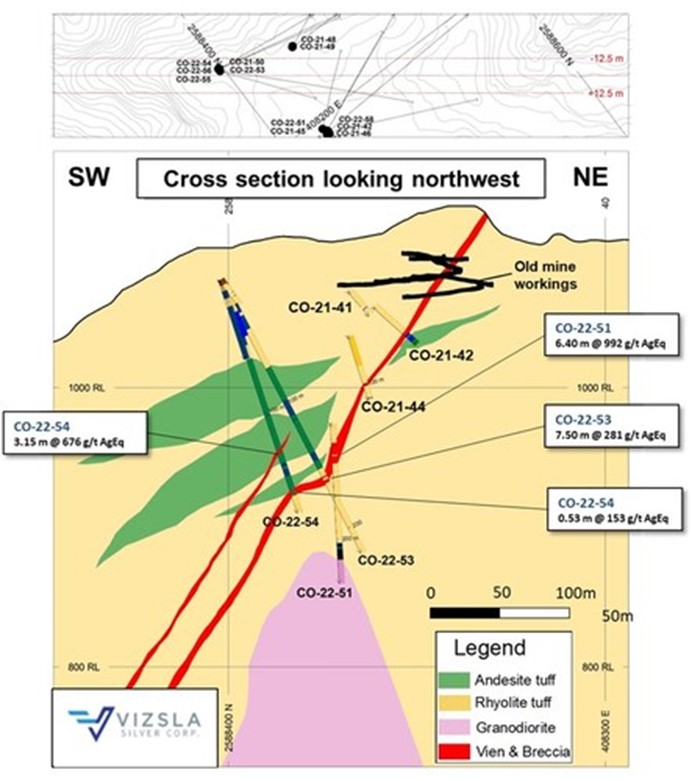