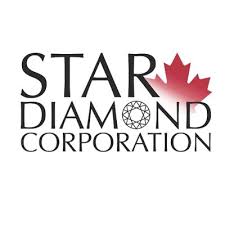 Star Diamond Corporation (TSX:DIAM) announces that a total of 2,822 diamonds weighing 130.26 carats have to date been recovered from the third bulk sample trench (19FALCT003) excavated on the Star Kimberlite. These initial results are from the third of ten bulk sample trenches that were excavated by Rio Tinto Exploration Canada Inc. (“RTEC”) in 2019 (see news releases dated June 3, and October 8, 2019). The breakdown of the kimberlite intercepted, and diamonds recovered to date from trench 19FALCT003, are detailed in Table 1 below.  The preliminary results from the first two bulk sample trenches were previously disclosed by Star Diamond on August 4, 2020 and August 20, 2020, respectively.

The average diamond grades from the first three trenches are similar to historical diamond grade results detected from the underground bulk sampling and large diameter drilling completed on the Star Kimberlite between 2004 and 2009.  These results are also similar to the overall weighted average grade (14 cpht) reported in Star Diamond’s Preliminary Economic Assessment of the Star and Orion South kimberlites (see news release dated April 16, 2018).

The three largest diamonds recovered to date from 19FALCT003 are 6.28, 1.95 and 1.49 carats, respectively, and were all recovered from Early Joli Fou kimberlite. The 6.28 carat stone is a clivage fragment of a larger stone that was probably fragmented during the original kimberlite eruption as all surfaces of this stone have been resorbed by reaction with the kimberlite magma. The EJF is the dominant kimberlite unit within the Project in terms of ore volume and diamond grade.

As disclosed by Star Diamond on August 4, 2020, there are indications that recent diamond breakage has occurred in the diamond parcels recovered thus far from RTEC’s trench cutter bulk sampling program, suggesting that the extraction and/or processing systems being used by RTEC may be resulting in diamond breakage.  Comprehensive diamond breakage studies are required to assess the nature, extent and potential causes of the diamond breakage, and the possibility that larger diamonds would have been recovered absent such breakage.

To date, kimberlite material from six trenches (19FALCT001, 19FALCT004, 19FALCT003, 19FALCT010, 19FALCT008 and 19FALCT009) has been processed by RTEC through the on-site Bulk Sample Plant (the “BSP”), with concentrates forwarded to the Saskatchewan Research Council (“SRC”) for diamond recovery and reporting.  Currently, only the initial diamond results for the first three trenches have been reported by the SRC.

Diamond results reported in this news release are based on diamond recovery processing conducted by SRC’s Geoanalytical Laboratories Diamond Services located in Saskatoon Saskatchewan.  Primary recovery processing consisted of X-ray transmission sorting, magnetic separation and grease table recovery methods.  SRC is an independent mineral processing facility which is accredited to the ISO/IEC 17025:2017 standard by the Standards Council of Canada as a testing laboratory for specific tests.

Star Diamond Corporation is a Canadian based corporation engaged in the acquisition, exploration and development of mineral properties. Shares of the Corporation trade on the Toronto Stock Exchange. The Corporation’s Fort à la Corne kimberlites (including the Star – Orion South Diamond Project) are located in central Saskatchewan in close proximity to established infrastructure, including paved highways and the electrical power grid, which provide significant advantages for future mine development. During 2018, the Corporation announced the positive results of an independent PEA on the Project. The PEA estimates that 66 million carats of diamonds could be recovered in a surface mine over a 38-year Project life, with a Net Present Value (7%) of $2.0 billion after tax, an Internal Rate of Return of 19% and an after-tax payback period of 3.4 years after the commencement of diamond production (see news release dated April 16, 2018).