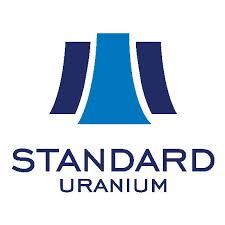 Under the Offering, the Company paid the Agents total cash commissions of C$237,757 and issued to the Agents 927,341 warrants of the Company. Each Broker Warrant is exercisable to acquire one Unit at a price of C$0.24 at any time on or before August 10, 2024. In addition, the Agents received an advisory fee related to the Offering of a cash amount of C$33,855 and 128,659 Broker Warrants.

The Offered Securities, Broker Warrants and securities issuable thereunder are subject to a statutory hold period ending on December 11, 2021.

Standard Uranium is a mineral resource exploration company based in Vancouver, British Columbia. Since its establishment, Standard Uranium has focused on the identification and development of prospective exploration stage uranium projects in the Athabasca Basin in Saskatchewan, Canada. Standard Uranium’s Davidson River Project, in the southwest part of the Athabasca Basin, Saskatchewan, is comprised of 21 mineral claims over 25,886 hectares. The Davidson River Project is highly prospective for basement hosted uranium deposits yet remains relatively untested by drilling despite its location along trend from recent high-grade uranium discoveries. A copy of the 43-101 Technical Report that summarizes the exploration on the Project is available for review under Standard Uranium’s SEDAR profile (www.sedar.com)