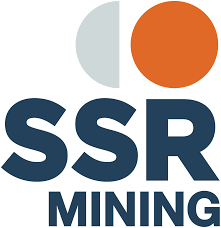 SSR Mining Inc. (NASDAQ: SSRM) (TSX: SSRM) and Alacer Gold Corp. (TSX: ASR) (ASX: AQG) are pleased to announce that they have entered into a definitive agreement to combine in an at-market merger of equals pursuant to a plan of arrangement under the Business Corporations Act (Yukon).

The combined entity will continue as SSR Mining Inc. and will be headquartered in Denver, Colorado with a corporate office in Vancouver, B.C. and will be led by Rod Antal as President & CEO and Michael Anglin as Chairman. Following the completion of the Transaction, the new board of directors will be comprised of five directors from each of the current SSR Mining and Alacer boards of directors for a total of 10 directors, including the CEO.

Pursuant to the Transaction, Alacer shareholders will receive 0.3246 SSR Mining shares for each Alacer share held. The Exchange Ratio, together with closing prices for both SSR Mining and Alacer common shares on the Toronto Stock Exchange on May 8, 2020, implies consideration of C$8.19 per Alacer common share and a combined market capitalization of approximately $4.0 billion. At closing, SSR Mining and Alacer shareholders will collectively own approximately 57% and 43% of SSR Mining, respectively, on an issued and outstanding share basis.

Paul Benson, President and CEO of SSR Mining said, “The zero-premium merger of SSR Mining and Alacer creates an exciting leading intermediate gold producer with exceptional financial strength, robust margins, strong cash flow generation, and long mine lives that will be run by highly experienced management with a track record of value creation. Consistent with our long-standing strategy of growth through a combination of organic development and M&A, the new SSR Mining will be well positioned to build on the strong foundation of both companies to continue growing and delivering value for all shareholders.”

Rodney P. Antal, President and CEO of Alacer said, “The combination of Alacer and SSR Mining will create a diversified portfolio of high quality, long-life mines across four mining-friendly jurisdictions. Our focus at Alacer over the past several years has been on generating peer-leading free cash flow – this merger allows us to continue this strategy while diversifying our single operating asset exposure. In addition, the increased financial strength of the combined business will allow us to leverage the proven project execution capabilities of the combined management team to continue delivering on the extensive organic growth portfolio and compete for attractive assets as they arise. The complementary nature of the assets and the cultural alignment of the organizations will facilitate an effective integration and allow us to continue to deliver value to our shareholders.”

Under the terms of the Agreement, the Transaction will be carried out by way of a court approved plan of arrangement under the Business Corporations Act (Yukon) and will require the approval of at least 66-2/3% of the votes cast by the shareholders of Alacer at a special meeting. The issuance of shares by SSR Mining under the Agreement is also subject to the approval of the majority of votes cast by the SSR Mining shareholders at a special meeting.

Completion of the Transaction is also subject to regulatory and court approvals and other customary closing conditions. The Agreement includes customary provisions, including non-solicitation of alternative transactions, a right to match superior proposals and a $70 million reciprocal termination fee payable under certain circumstances.

Full details of the Transaction will be included in a joint management information circular of both SSR Mining and Alacer to be delivered to their respective shareholders in the coming weeks. Subject to receiving requisite court approval, the special shareholder meetings of both companies are expected to be held in July 2020.

Scotiabank acted as exclusive financial advisor to Alacer and Stikeman Elliott LLP acted as legal counsel to Alacer. The board of directors of Alacer also retained CIBC World Markets Inc. to provide a fairness opinion.

SSR Mining Inc. is a Canadian-based precious metals producer with three operations, including the Marigold gold mine in Nevada, U.S., the Seabee Gold Operation in Saskatchewan, Canada and Puna Operations in Jujuy, Argentina. SSR Mining also has two feasibility stage projects and a portfolio of exploration properties in North and South America. SSR Mining is committed to delivering safe production through relentless emphasis on Operational Excellence. SSR Mining is also focused on growing production and Mineral Reserves through the exploration and acquisition of assets for accretive growth, while maintaining financial strength.

Alacer is a leading low-cost intermediate gold producer whose primary focus is to leverage its cornerstone Çöpler Gold Mine and strong balance sheet as foundations to continue its organic multi-mine growth strategy, maximize free cash flow, and therefore create maximum value for shareholders. The Çöpler Gold Mine is located in east-central Turkey in the Erzincan Province, approximately 1,100 kilometers (“km”) southeast from Istanbul and 550km east from Ankara, Turkey’s capital city.