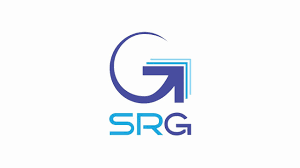 SRG Mining Inc. (TSX-V: SRG) is pleased to announce that a US based industrial firm with significant experience in West Africa has entered into a Share Purchase Agreement to acquire 8,300,000 of the 24,658,267 common shares held by Sama Resources Inc. in the share capital of SRG, for an aggregate purchase price of US$5,000,000. The Sale shall occur in five equal, monthly tranches and is expected to fully close by December 15, 2019.

Concurrently with the aforementioned Sale, and as part of its ongoing efforts to advance its flagship graphite project located in Lola, Guinea the Company has entered into a Memorandum of Understanding with the US-based Partner.

Under the terms of the MoU, the parties will jointly investigate cooperation possibilities in various areas such as debt financing (project financing), energy production at site, mining services, graphite concentrate transportation from site-to-port and graphite product placement in the United States. No consideration is payable under the MoU. The parties will agree on the terms on which any such collaboration will be implemented (including financial terms) if and when they identify a suitable opportunity.

“Our efforts to capitalize on synergies will be further investigated over the coming months as we continue to develop and optimize the Lola graphite project” said Executive Chairman, Mr. Benoit La Salle. “We are excited about the possibilities this new partnership could provide the Project and SRG.”

Concurrently with the Sale, SRG has also entered into a Convertible Debt Agreement with Sama whereby Sama makes available to SRG a credit facility of up to US$5,000,000, bearing a 10% per annum interest rate which will be repayable in 12 months in cash or shares with a conversion price of $0.91 per SRG share at the election of Sama, as well as a bridge loan of C$1,000,000, bearing a 10% per annum interest rate and repayable in 12 months.

“We are very pleased to complete this two-fold bridge financing with Sama, which will allow us to concentrate our efforts on developing and financing the Lola Project,” said Ugo Landry-Tolszczuk, President and Chief Operating Officer of the Company.

In relation to the Debt Agreement, SRG is relying on the exemptions set forth in sections 5.5(b) and 5.7(1)(a) of Regulation 61-101 respecting Protection of Minority Security Holders in Special Transactions.

The Debt Agreement remains subject to the approval of the TSX Venture Exchange.

SRG Mining is a Canadian-based mining company focused on developing the Lola graphite deposit located in the Republic of Guinea, West Africa. SRG is committed to operating in a socially, environmentally and ethically responsible manner.