Spearmint Resources Inc. (TSX-V: SRJ) (OTCBB: SPMTF) (FSE: A2AHL5) wishes to announce that it has closed the acquisition and now owns 100 percent of the WHY WEST Magnesium project near Rossland, BC, and the BUDDY claims in the Golden Triangle of BC.

The BUDDY claims directly border the EL North claims currently held by Spearmint. These claims are directly bordering Garibaldi Resources Corp. in the Golden Triangle of BC. This prospect consists of approximately 4,400 contiguous acres.

James Nelson, President of Spearmint states, “Adding these two new projects shows the commitment SRJ management has to growing the company. Both of these areas may constitute a key building block of Spearmint going forward. The golden triangle of British Columbia has proven to be a global focus of mining and we are looking forward to the upcoming 2018 drill season. We recently announced a financing which we expect to close shortly which includes flow-through funds that will be implemented in BC and for the Québec vanadium claims. We are also expecting to commence operations on our Clayton Valley Lithium Projects shortly, making 2018 the most active year in many for Spearmint.” 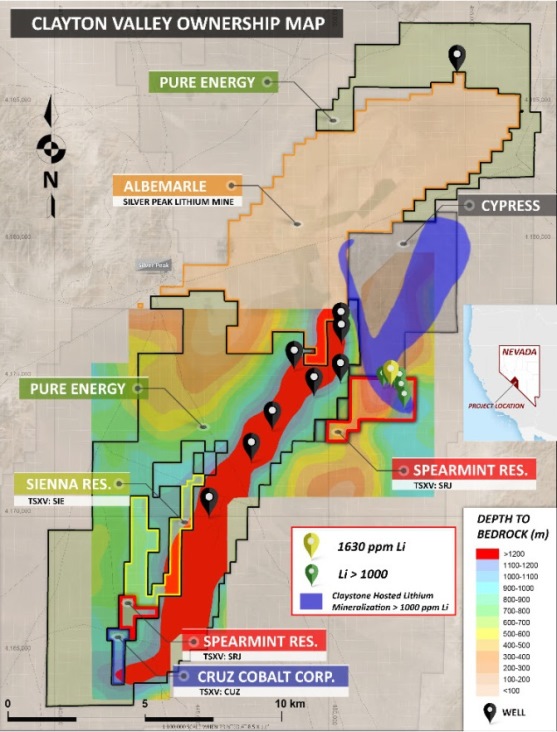