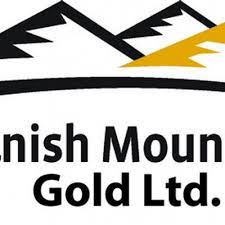 In addition to the objective of advancing the Project’s multi-million ounce Mineral Reserve, which was delineated in a Pre-Feasibility Study filed in June 2021, the Company has an ongoing campaign for resource expansion. The latest drill program, comprised of 28 holes over 4,485 metres (m), tested four broad areas of the deposit (see Figure 1) in which there had been relatively limited drilling in the past. A majority of the drill holes were selected in the proximity of the previous resource pit boundary where management believes additional drilling may lead to increases in the strike lengths of the Mineral Resource. The Company expects the program to potentially increase ounces in the next reserve/ resource estimate update as well as provide additional targets for the next round of resource drilling.

Notably, the assay results report long intercepts (up to 68.58 m in length) in all four tested areas with grades higher than the economic cut-off established in the latest resource estimate (published along with the PFS). Gold occurs as fine disseminations within argillite, the mineralized unit with the highest economic value in the deposit. The findings suggest the deposit displays potential in all four areas. Particularly encouraging are the results near the northern boundary of the resource pit (Area 1) where eight out of a total of nine drill holes return intercepts longer than 10 m with the farthest west drill hole (20SMRC-1257) reporting intercepts up to 32 m in length. It appears that this entire northern area of the deposit with a strike length over 1,000 m shows potential both along strike and at depth.

Highlights of assay results are as follows:

Significant assay results are summarized in Table 1 appended to this news release.

Larry Yau, Chief Executive Officer, commented: “We are very encouraged by the results from the first drill program of our resource expansion campaign and look forward to continuing our decade-long track record of resource expansion. Our geological team will build on the success of the latest drill program and has already identified additional prospective targets for the next round of drilling.”

“While the PFS has demonstrated the robust value of our Project’s multi-million ounce gold Reserve, our ongoing resource expansion campaign clearly highlights the additional potential of our large and growing Resource.”

Judy Stoeterau, P.Geo., the Company’s Vice-President of Geology and the Qualified Person as defined under National Instrument 43-101, has reviewed the contents of this news release. All samples were assayed at ALS Global Ltd. in Vancouver, BC. The Company has retained Discovery Consultants of Vernon, BC, to monitor independently the quality control and quality assurance (QC/QA) data on the Spanish Mountain Gold Project. Analytical precision and accuracy are being measured and monitored by the use of duplicates, prep and pulp samples and by standards (reference material). Possible contamination during the sampling and processing procedures is being monitored by the insertion of blank samples.

Spanish Mountain Gold Ltd. is focused on advancing its 100%-owned Spanish Mountain gold project in southern central British Columbia. The Company is simultaneously pursuing the dual objectives of delivering critical project milestones for the multi-million ounce Mineral Reserve and further expanding the overall Mineral Resource. The Pre-Feasibility Study (2021) demonstrates the Project’s potential to be a mining operation with a robust production profile (>150,000 oz per year) and profitability (AISC $801 per oz) over a mine life of 14 years. 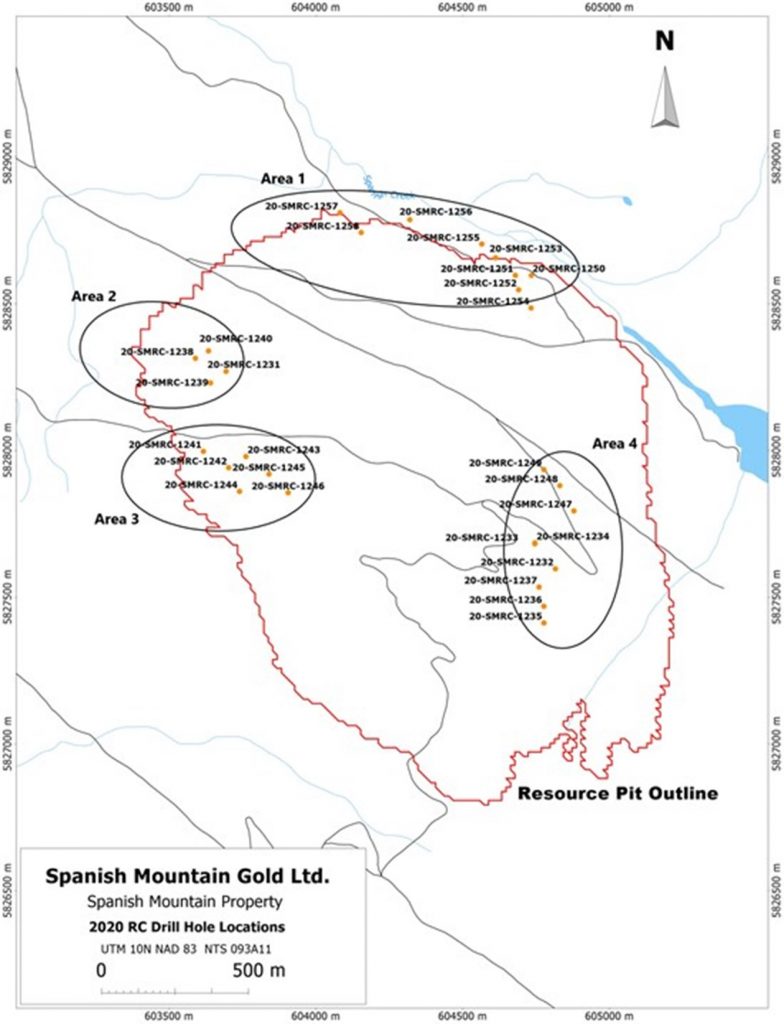