The newly released polymetallic sulphide intercepts from the South Skarn target area include:

These highlight intercepts from drill hole 21CLM-159 which were intersected less than 200 metres below surface, fill a significant gap between mineralization identified in this current 2020-21 drill campaign and that identified in the earlier 2012-13 drilling and help build continuity within the known mineralized zones identified at the South Skarn target. Current modelling has identified three panels of mineralization at the South Skarn target, the largest of which can now be traced laterally for approximately 400 metres and up to 580 metres down-dip.

Exploration on the property continues with one drill. Three holes remain to be tested on the east side of the Cerro as part of the current drill program which will then transition to “greenfields” targeting on the El Sol claim over the coming weeks. The El Sol concession, is located 2km to the northwest of the Mina La Bocona target area and covers the northerly projection of previously identified mineralization in the Blind Zone deposits and a second area of artisanal workings. The concession was re-acquired and prospected by Southern in 2020 and returned anomalous values from several strongly oxidized and silicified rocks including a dump sample CLM-316 which assayed 0.67g/t Au, 559g/t Ag, 3.3% Pb and 4.3% Zn.

The current drill program has now completed 54 core holes totaling 21,389 metres since drilling recommenced in September 2020. Assay results from eight drill holes are pending and are anticipated over the coming weeks.

Southern Silver has now tested over 750 metres of strike length along the east side of the Cerro to depths of up to 500 metres, primarily in the South Skarn and Mina La Bocona target areas. Three bonanza grade mineralized zones have been identified and testing of a potential fourth high-grade zone is nearing completion, results of which will be incorporated into the upcoming mineral resource update on the project due in August 2020.

The CLM Project remains one of the largest undeveloped silver-lead-zinc projects in the World and is wholly owned, unburdened by royalties, fully financed and fully permitted. 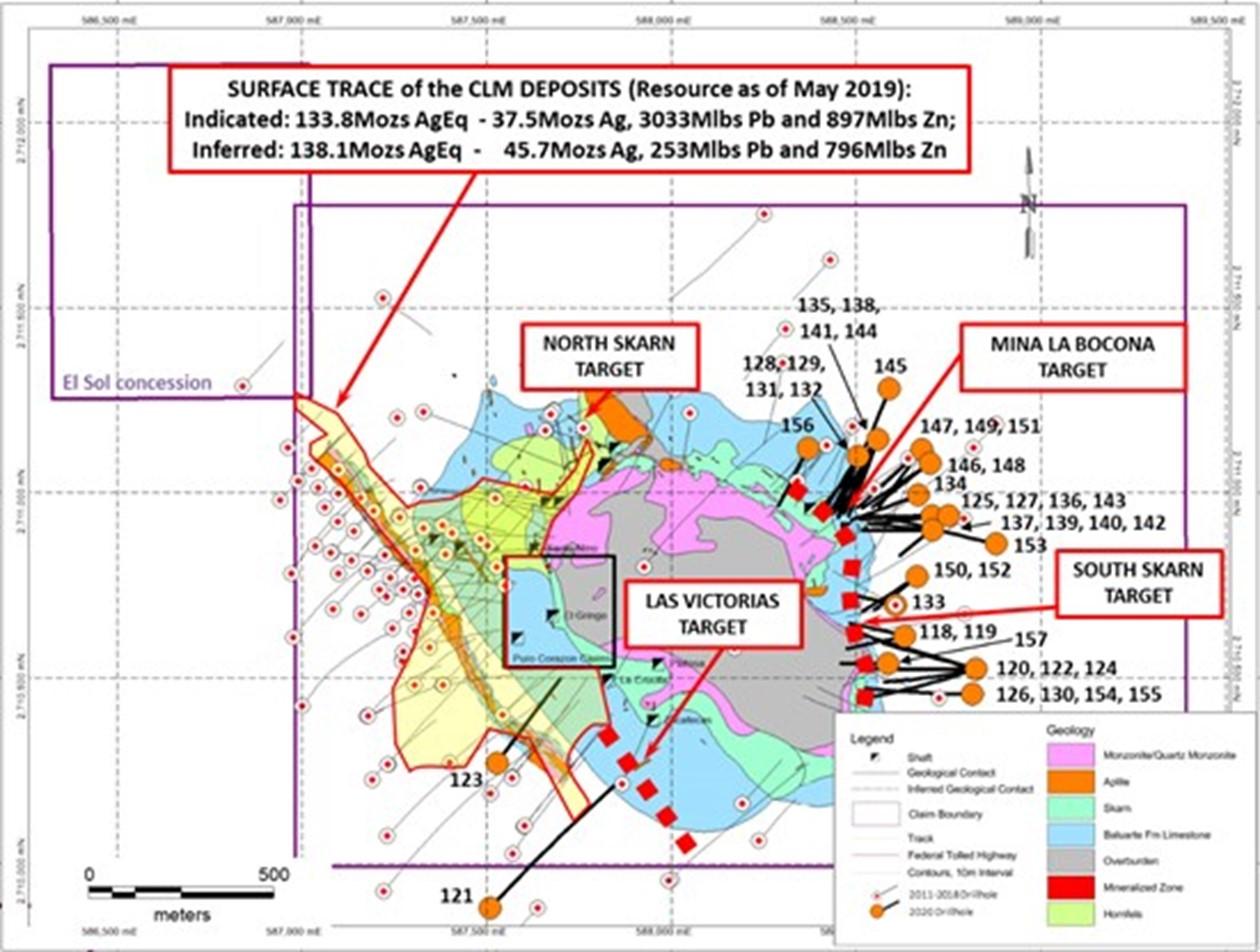 Figure 1: Plan Map of the Area of the Cerro showing the distribution of the CLM deposits and the location for new drill targeting, at the Mina La Bocona, South Skarn and Las Victorias targets.

Southern Silver Exploration Corp. is an exploration and development company with a focus on the discovery of world-class mineral deposits. Our specific emphasis is the 100% owned Cerro Las Minitas silver-lead-zinc project located in the heart of Mexico’s Faja de Plata, which hosts multiple world-class mineral deposits such as Penasquito, Los Gatos, San Martin, Naica and Pitarrilla. We have assembled a team of highly experienced technical, operational and transactional professionals to support our exploration efforts in developing the Cerro Las Minitas project into a premier, high-grade, silver-lead-zinc mine. The Company engages in the acquisition, exploration and development either directly or through joint-venture relationships in mineral properties in major jurisdictions.

Robert Macdonald, MSc. P.Geo, is a Qualified Person as defined by National Instrument 43-101 and supervised directly the collection of the data from the CLM Project that is reported in this disclosure and is responsible for the presentation of the technical information in this disclosure.

Mount Haldane, Yukon It has taken Alianza Minerals (ANZ.V, TARSF.US) a while, b... READ MORE