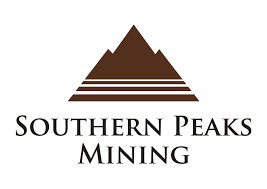 Southern Peaks Mining LP is pleased to announce that it has, through a wholly-owned subsidiary, entered into a definitive Purchase and Sale Agreement with Franco-Nevada (Barbados) Corporation, in relation to gold and silver production from the Condestable polymetallic copper mine in Peru. Franco-Nevada will pay upfront cash consideration of US$165 million and will pay an ongoing payment of 20% of the spot gold and silver price for each ounce of gold and silver delivered under the Stream Agreement.

“The consummation of this transaction gives SPM a valuable validation by one of the top, and highly selective, mining investors in the world. The expectation of future growth of Condestable speaks to the serious and effective work SPM’s team has endeavored to for the period since we acquired the asset,” commented Adolfo Vera, CEO of the Company.

“We see excellent potential in the Condestable mine based on its greater than 50-year history of reserve replacement and expanding throughput. Our team sees many similarities between this IOCG deposit and underground extensions of the Candelaria deposit in Chile, where the resource expansion has exceeded our expectations. We expect Condestable will be a long-term contributor to our precious metals business,” said Paul Brink, CEO of Franco-Nevada Corporation.

Scotiabank is acting as financial advisor to SPM, and Stikeman Elliott LLP is acting as legal counsel to SPM.

SPM is a Peruvian copper company that operates Condestable, the 2nd largest underground mine in Peru, and is developing Ariana, a low-cost Peruvian copper project. SPM recently undertook a significant drilling programme and is currently updating the NI 43-101 proven and probable reserves at Condestable which is expected to support meaningful mine life extension. The Company is currently expanding processing capacity at Condestable from 7 ktpd to 8.4 ktpd and is advancing a Feasibility Study on additional plant capacity expansion to 10 ktpd.