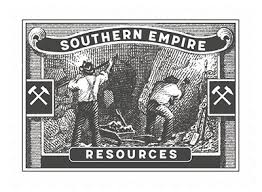 Southern Empire Resources Corp.  (TSX-V: SMP) (Frankfurt: 5RE) and MAS Gold Corp. (TSX-V: MAS) are pleased to announce that further to their news release dated July 13, 2020, they have now entered into a definitive arrangement agreement dated August 18, 2020 whereby Southern Empire has agreed to acquire all of the issued and outstanding common shares of MAS Gold.

The combined entity will have a strong balance sheet, with no debt and a cash position of approximately $4.5 million, which will be used to target expansion of the current NI 43-101 resources as well as exploration and development on all of Southern Empire’s projects.

Chief Executive Officer of Southern Empire, Dale Wallster, stated: “We are pleased that the due diligence process has completed in a timely manner to the satisfaction of both parties. Management is now, more than ever, confident in its decision to pursue the acquisition of MAS Gold and looks forward to advancing the La Ronge Gold Belt projects. Together with our gold projects in the southwestern U.S.A., Southern Empire will emerge as a multi-asset, advanced stage gold exploration and development company with holdings in some of the best mining jurisdictions in the world.”

Details of the Arrangement

Following the completion of the Transaction, Southern Empire will have 56,734,890 issued and outstanding shares, of which the former shareholders of MAS Gold will hold approximately 10.3%.

All outstanding options and warrants of MAS Gold will remain outstanding (if not exercised prior to closing of the Transaction) and will be adjusted to give effect to the Transaction in accordance with their respective terms or pursuant to the Agreement.

The Transaction is subject to MAS Gold shareholder approval, applicable regulatory and TSX Venture Exchange approvals and satisfaction of customary provisions.  The Transaction is expected to close in the second half of 2020.

The Agreement includes customary deal protection provisions, including a break fee of $250,000 payable by a breaching party, and a right to match and a non-solicitation provision in favour of Southern Empire.

Details of the Transaction, including a summary of the terms and conditions of the Agreement, will be disclosed in the management information circular of MAS Gold which will be mailed to the securityholders of MAS Gold and will also be available on SEDAR at www.sedar.com.

The scientific and technical information contained in this news release has been prepared, reviewed, verified and approved by David Tupper, P.Geo. (British Columbia), Southern Empire’s VP Exploration and a Qualified Person within the context of Canadian Securities Administrators’ National Instrument 43-101; Standards of Disclosure for Mineral Projects.

Southern Empire is focused on the acquisition, exploration and development of gold deposits in North America, currently having two projects in the American southwest.

With a history that includes extensive drilling and large-scale open pit and underground mining that was suspended during the gold market downturn in 1996, the Oro Cruz Gold Project hosts numerous exploration targets in addition to a high-grade oxide gold zone that, based on the historical mine operation records, is amenable to conventional heap leach extractive methods.

Southern Empire also owns an 85% interest in the 817 hectares (2,020 acre) Eastgate Gold Project, located 81 kilometres (50 miles) southeast of the city of Fallon in Churchill County, Nevada. Southern Empire has just completed six HQ-size core drill holes at Eastgate, in a drill program targeting previously reverse circulation drilled, high-grade gold/silver epithermal vein systems. Selective core samples have been submitted to ALS USA Inc.’s laboratories in Reno, Nevada and assay results will be released after they become available. Permitting for the next phase of drilling has been initiated.