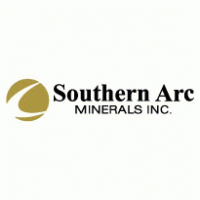 Southern Arc Minerals Inc. (TSX-V: SA)  announces that it has converted the principal amount of the bridge loan provided to Japan Gold Corp. in the aggregate amount of $1,000,000, as previously announced by Southern Arc on March 9, 2020, into subscription proceeds under a non-brokered private placement of Japan Gold that closed on Friday, May 8, 2020.

John Proust, the Company’s Chairman and CEO commented, “Southern Arc recognizes the accomplishments of Japan Gold to date and the significant potential of the Company going forward through the countrywide Barrick Alliance and the support of Newmont Corporation. The decision to convert the $1,000,000 loan to additional equity was based on the Southern Arc view that the shares in Japan Gold are extremely undervalued.”

Southern Arc has converted the Loan into 4,000,000 units of Japan Gold and subscribed for an additional 1,000,000 Units under the Private Placement at a price of $0.25 per Unit for gross proceeds to Japan Gold of $250,000, pursuant to the terms of the Private Placement previously announced by Japan Gold on April 20, 2020. Each Unit consists of one common share of Japan Gold and one half of one transferable common share purchase warrant. Each Warrant entitles the Company to purchase one Common Share at an exercise price of C$0.40 per Common Share until May 8, 2022, subject to acceleration in certain circumstances. Southern Arc funded the acquisition of the Additional Units through the sale of an equal number of Common Shares through the facilities of the TSX Venture Exchange.

For further information or to obtain a copy of the early warning report to be filed on SEDAR, pursuant to National Instrument 62-103, please contact Southern Arc using the contact details below. Japan Gold’s head office and Southern Arc’s head office is located at Suite 650, 669 Howe Street, Vancouver, BC, V6C 0B4.