South32 to Acquire Arizona Mining in Agreed All Cash Offer

South32 to Acquire Arizona Mining in Agreed All Cash Offer 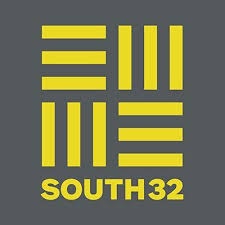 South32 Limited (ASX:S32) (JSE:S32) (LSE:S32) (ADR:SOUHY) and Arizona Mining Inc. (TSX:AZ)  announced today that they have entered into an agreement for South32 to acquire the remaining 83 per cent of issued and outstanding shares of Arizona Mining via a plan of arrangement, representing a fully funded, all cash offer of US$1.3 billion1 (C$1.8 billion). The offer price of C$6.20 per share represents a 50 per cent premium to the closing price on 15 June and implies a total equity value for Arizona Mining of US$1.6 billion1 (C$2.1 billion). Directors and officers of Arizona Mining, who own 34 per cent of the common shares on issue, have entered into voting support agreements and the directors of Arizona Mining entitled to vote, have unanimously recommended to their shareholders that they vote in favour of the transaction.

Arizona Mining is the owner of the Hermosa Project, containing the high grade base metals Taylor deposit, the Central zinc, manganese and silver oxide resource and an extensive, highly prospective land package with potential for discovery of polymetallic and copper mineralisation. The Taylor deposit is a greenfield development project that has a reported resource of 101 million short tons2,[3] (Measured and Indicated Mineral Resources) at 10.4% zinc equivalent grade and is open at depth and laterally. The project is located close to key infrastructure in an attractive mining jurisdiction. A Preliminary Economic Assessment completed by Arizona Mining in January 2018 indicated that this low cost, long life project has the potential to deliver a very high Internal Rate of Return on investment2.

South32 Chief Executive Officer, Graham Kerr said: “Our all cash offer for Arizona Mining will allow us to optimise the design and development of one of the most exciting base metal projects in the industry. We have been a major shareholder in Arizona Mining since May 2017 and an active participant in the Hermosa Project with representation on the operations committee and a nominee on the board of directors. Our deep understanding of this high grade resource and surrounding tenement package, and extensive experience at Cannington, makes us the natural owner of this project and ensures we are well positioned to bring it to development, delivering significant value to our shareholders.”

Arizona Mining founder and Executive Chairman, Richard Warke said: “South32’s all cash offer of C$6.20 per share represents a premium reflective of the truly world class nature of the Hermosa Project and allows shareholders to realise immediate value. In addition, the transaction is not contingent on financing, which significantly reduces transaction risk.

Our board of directors and a special committee of three independent members from the board of directors evaluated this offer and determined that it represented the best outcome for all shareholders. Importantly, South32 knows the asset well and understands the significance of the strong relationships that we have built in Arizona with all of our stakeholders.  I wish South32 all the best in developing Hermosa and the Taylor deposit.”

The Transaction will be effected by way of a statutory plan of arrangement pursuant to the Business Corporations Act (British Columbia) (BCBCA) and will require the approval of:

No vote will be required by South32 shareholders in connection with the Transaction.

As part of the Transaction, South32 will either acquire or cancel the outstanding options and warrants in Arizona Mining. The holders of options and warrants that are in-the-money will receive cash consideration equal to the purchase price less the exercise price of each Arizona Mining option or warrant.  South32 has also entered into an arrangement designed to manage foreign exchange rate exposure associated with the Transaction.

The Arrangement Agreement includes customary deal protection provisions including a non-solicitation clause, notification rights and a right to match in the event of a superior proposal, as well as a C$67 million termination fee payable by Arizona Mining to South32 under certain circumstances.

In addition to a positive shareholder vote, the Transaction remains subject to a limited number of conditions, a full list of which is set out in the Arrangement Agreement, including:

The Transaction is not subject to any regulatory approvals.

Subject to the conditions precedent being met, the Transaction is expected to close in the September 2018 quarter.

Board Recommendation and Voting Support Agreements

The Arrangement Agreement has been unanimously approved by the directors of Arizona Mining entitled to vote who have recommended that Arizona Mining shareholders vote in favour of the Transaction.

South32 has entered into voting support agreements with all directors and senior officers of Arizona Mining who hold common shares, including the founder and Executive Chairman, pursuant to which these shareholders agree to vote in favour of the Transaction subject to the terms and conditions of such agreements. This group of shareholders collectively represents 34 per cent of Arizona Mining’s outstanding common shares.

In connection with the Transaction, South32 will provide Arizona Mining with a C$70 million working capital facility at commercial rates (the Facility). The Facility comprises an initial tranche of C$40 million available following signing and subsequent tranches up to a total of C$30 million, subject to South32’s consent. The Facility is being provided for agreed upon working capital and capital expenditure purposes based on the most recent operational budget for the Hermosa Project. In certain circumstances the Facility can be repaid in Arizona Mining shares at South32’s election, but only to the extent South32’s ownership of Arizona Mining does not exceed 19.9 per cent.

South32 is a globally diversified mining and metals company with high quality operations in Australia, Southern Africa and South America. Our purpose is to make a difference by developing natural resources, improving people’s lives now and for generations to come. We are trusted by our owners and partners to realise the potential of their resources. We have a simple strategy to maximise the potential of our assets and shareholder returns by optimising our existing operations, unlocking their potential and identifying new opportunities to compete for capital.

Arizona Mining is a mineral exploration and development company focused on the exploration and development of its 100 per cent owned zinc-lead-silver Hermosa Project located in Santa Cruz County, Arizona. Hermosa has 554 acres of private, patented mining claims and district exploration potential within 20,500 acres of unpatented mining claims. It comprises two deposits, the flagship Taylor deposit, a zinc-lead-silver sulphide and the Central deposit, a zinc-manganese-silver manto oxide.