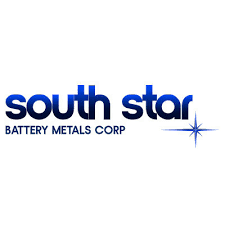 South Star Battery Metals Corp. (TSX-V: STS) (OTCQB: STSBF) is pleased to announce that it has completed a non-brokered private placement of units for a total proceeds of C$2,427,700. The majority of participation in the Placement was with key institutional investors.  Net proceeds from the Private Placement will be used for advanced materials sample preparation, commercial agreements, project finance and general working capital requirements for the Company.

South Star Battery Metals Corp. is a Canadian battery-metals project developer focused on the selective acquisition and development of near-term production projects in the Americas. South Star’s Santa Cruz Graphite Project, located in Southern Bahia, Brazil is the first of a series of industrial and battery-metals projects that will be put into production. Brazil is the second-largest graphite-producing region in the world with more than 80 years of continuous mining. Santa Cruz has at-surface mineralization in friable materials, and successful, large-scale, pilot-plant testing (>30t) has been completed. The results of the testing show that approximately 65% of Cg concentrate is +80 mesh with good recoveries and 95-99% Cg. With excellent infrastructure and logistics, South Star is carrying its development plan towards Phase 1 production projected in Q4 2022, pending financing.

South Star is committed to a corporate culture, project execution plan and safe operations that embrace the highest standards of ESG principles based on transparency, stakeholder engagement, ongoing education, and stewardship.