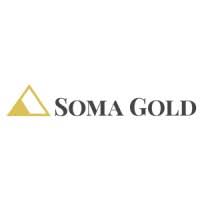 Soma Gold Corp. (TSX-V: SOMA) (WKN: A2P4DU) (OTC: SMAGF) s pleased to announce that the Company’s third quarter Financial Statements and MD&A have been filed on SEDAR and are available at the following link: https://bit.ly/SomaQ3Financials.

Highlights of the quarter

“It was a very busy third quarter for Soma.” Javier Cordova, Soma’s CEO, states. “A new collective bargaining agreement was reached with our unionized employees on September 29th after a two-week strike. Our people are the heart of our operation, and we are pleased to have our many dedicated employees back working towards our mutual success. Despite losing half a month of production, we also achieved the Company’s second-highest gold production to date.” He further states, “Cordero development work continues, aided by further deliveries of the Company’s new underground equipment from Sandvik. The final pieces of equipment were just delivered and are being integrated into our operations. It will allow us to ramp up development and production at the higher-grade Cordero mine and continue to make meaningful increases to our gold production in future quarters.”

Soma Gold Corp. is a mining company focused on gold production and exploration. The Company owns two adjacent mining properties in Antioquia, Colombia with a combined milling capacity of 675 tpd. (permitted for 1,400 tpd). The El Bagre Mill is currently operating and producing. Internally generated funds are being used to finance a regional exploration program.

The Company also owns an exploration property near Tucuma, Para State, Brazil that is currently under option to Ero Copper Corp.