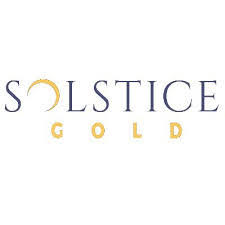 Solstice Gold Corp. (TSX-V: SGC) is pleased to report it closed its previously announced private placement financing on Friday, December 31, 2021 for gross proceeds of approximately $2,322,181 through the issuance of 10,096,441 common shares of the Company qualifying as flow-through shares for purposes of the Income Tax Act (Canada) at a price of $0.23 per Flow-Through Share, representing an upsize from its previously announced $1.5M anticipated gross proceeds of the Offering.

The gross proceeds raised from the Offering will be used by the Company to fund exploration programs that qualify as “Canadian Exploration Expenses” and “flow-through mining expenditures”, as those terms are defined in the ITA at the Company’s mining projects in Ontario.

The Offering was conducted in reliance upon available exemptions from the prospectus requirements of applicable securities legislation. All securities issued in connection to the Offering are subject to a hold period of four months and one day from the Closing Date in accordance to applicable Canadian securities laws.

In connection with the Offering, the Company paid finders fees in the amount of $42,986 and 186,896 non-transferable warrants each exercisable for one common share of the Company at $0.23 for 18 months from the Closing Date to Leede Jones Gables Inc. and $1,840 and 8,000 Finders Warrants to Laurentian Bank Securities Inc.

The securities referred to in this news release have not been, nor will they be, registered under the United States Securities Act of 1933, as amended, and may not be offered or sold within the United States or to, or for the account or benefit of, U.S. persons absent U.S. registration or an applicable exemption from the U.S. registration requirements. This news release does not constitute an offer for sale of securities, nor a solicitation for offers to buy any securities. Any public offering of securities in the United States must be made by means of a prospectus containing detailed information about the Company and management, as well as financial statements.