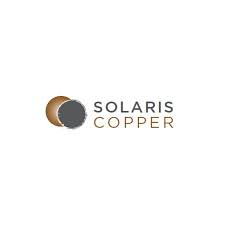 Greg Smith, CEO of Solaris, commented, “We are pleased to build on our existing relationship with Freeport in Chile as they advance our Ricardo property and we commence exploration at Tamarugo. Tamarugo was selected for Solaris by J. David Lowell, the leading expert on copper porphyry exploration. Tamarugo is in a jurisdiction hosting many large-scale gold and copper mines, several of which were discovered by Mr. Lowell, and both he and Jorge Fiero, the Company’s Vice President of Exploration, will manage the exploration program at Tamarugo.”

Pursuant to the Option Agreement, Solaris Chile can earn up to a 75% interest in Tamarugo for gross expenditures of $5.5 million plus the delivery of a pre-feasibility study for a mine at Tamarugo, subject to a back-in right in favour of Freeport.

A summary of the key terms is as follows:

Solaris intends to use the net proceeds of the Private Placement to advance permitting and exploration activities at Tamarugo and at its other mineral properties and for general and working capital purposes.

Solaris Copper is a multi-asset exploration company advancing copper projects in the Americas. The Company is focused on advancing its 100%-owned Warintza copper-molybdenum property in Ecuador and holds a 100% interest in the Ricardo early-stage copper-molybdenum property in Chile which is under option to Freeport. Solaris Copper also holds a 60% interest in the La Verde advanced-stage copper-silver-gold property in Mexico with the remaining 40% held by a subsidiary of Teck Resources and has earn-in agreements for the Tamarugo copper project in Chile and two early-stage base metals projects in Peru. Solaris Copper operates as a reporting issuer but is not currently listed on a designated stock exchange.