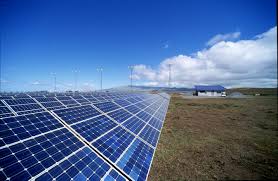 Solar Flow-Through 2012-I Limited Partnership a limited partnership established by Berkley Renewables Inc. (CNSX:BKS)(FRANKFURT:WKN 871666)(BERLIN:WKN 871666) under the laws of British Columbia, reports that it has raised $10 million in the closing of a private placement initiated in August 2013. The funds are earmarked for development and operation of commercial rooftop solar photovoltaic projects under the Ontario Power Authority’s Small Feed-In-Tariff program. In July 2013, Solar Flow-Through and its partners were awarded 52 Small FIT 2.1 solar PV contracts totaling 12.18 MW AC (approximately 14.62 MW DC). These projects are expected to be developed during the next eighteen months.

In November and December 2013, Solar Flow-Through intends to apply for additional commercial rooftop and ground mount solar PV contracts under the OPA Small FIT 3 program. The company is in discussions with potential partners for its applications.