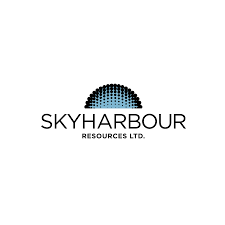 Skyharbour Resources Ltd. (TSX-V: SYH) (OTCQB: SYHBF) (Frankfurt: SC1P) is pleased to announce the closing of a non-brokered private placement for aggregate gross proceeds of approx. CAD $2.6 million. The Company now has over $3.2 million in the treasury and is fully funded for upcoming diamond drill programs at its flagship Moore Uranium project located on the southeast side of the Athabasca Basin proximal to regional infrastructure, as well as nearby development projects and producing mines.

In connection with the financing, Skyharbour issued a total of 79,097 warrants to finders (the “Finder’s Warrants”) who introduced certain subscribers to the private placement. Each Finder’s Warrant will entitle the finder to purchase one additional common share for two years at a price of CAD $0.60 per common share. The Company also paid to finders a total of CAD $40,059 in cash fees associated with this financing. The Units, FT Units and Warrants issued under the private placement and any shares issued pursuant to the exercise of the Warrants and Finder’s Warrants are subject to a four month and one day hold period, expiring on December 3rd, 2018, under applicable securities laws and imposed by the TSX Venture Exchange.

The Company’s President and CEO, Jordan Trimble, stated: “We are pleased to close this financing with several new institutional and strategic investors. The Company is well positioned financially with over $3.2 million in its treasury to fund the planned and upcoming exploration programs at its flagship Moore Uranium Project including the summer 2018 drill program slated to commence this month. Given the previously reported high grade drill results from our previous programs as well as new and refined targets in the underlying basement rock, the Company is excited to recommence drilling. Skyharbour will also benefit from news flow from upcoming exploration programs being planned with strategic partners Orano Canada Inc. and Azincourt at the Preston Uranium project. The Company continues to execute on its business model by adding value to its project base in the Athabasca Basin through focused mineral exploration at its flagship Moore Uranium Project, as well as utilizing the prospect generator model to advance its other projects with strategic partners.”

Skyharbour is planning for a minimum 3,000 metre 2018 summer diamond drilling program slated to commence in late August. The majority of this drilling will test the high grade Maverick corridor both above the unconformity and below it in the basement rocks. Skyharbour’s technical team has recently reinterpreted historical drill results and has identified new high-priority drill targets in the basement rock at the Maverick corridor below the known high grade mineralization. The underlying basement feeder zones for the unconformity-hosted high grade uranium at the Maverick corridor have yet to be discovered and have seen limited drill testing.

Skyharbour holds an extensive portfolio of uranium and thorium exploration projects in Canada’s Athabasca Basin and is well positioned to benefit from improving uranium market fundamentals with five drill-ready projects. In July 2016, Skyharbour acquired an option from Denison Mines, a large strategic shareholder of the Company, to acquire 100% of the Moore Uranium Project which is located approx. 15 kilometres east of Denison’s Wheeler River project and 39 kilometres south of Cameco’s McArthur River uranium mine. Moore is an advanced stage uranium exploration property with high grade uranium mineralization at the Maverick Zone with drill results returning 6.0% U3O8 over 5.9 metres including 20.8% U3O8 over 1.5 metres at a vertical depth of 265 metres. Skyharbour has signed option agreements with Orano Canada Inc. and Azincourt Energy whereby Orano and Azincourt can earn in up to 70% on the Preston Project through a combined $9,800,000 in total exploration expenditures, as well as $1,700,000 in total cash payments and Azincourt shares. Preston is a large, geologically prospective property proximal to Fission Uranium’s Triple R deposit as well as NexGen Energy’s Arrow deposit. The Company also owns a 100% interest in the Falcon Point Uranium Project on the eastern perimeter of the Basin which contains an NI 43-101 inferred resource totaling 7.0 million pounds of U3O8 at 0.03% and 5.3 million pounds of ThO2 at 0.023%. The project also hosts a high-grade surface showing with up to 68% U3O8 in grab samples from a massive pitchblende vein, the source of which has yet to be discovered. The Company’s 100% owned Mann Lake Uranium project on the east side of the Basin is strategically located adjacent to the Mann Lake Joint Venture operated by Cameco, where high-grade uranium mineralization was recently discovered. Skyharbour’s goal is to maximize shareholder value through new mineral discoveries, committed long-term partnerships, and the advancement of exploration projects in geopolitically favourable jurisdictions.