Sirios confirms auriferous mineralization for 1,400 m along the tonalite/metasediment contact at CHEECHOO

Sirios confirms auriferous mineralization for 1,400 m along the tonalite/metasediment contact at CHEECHOO 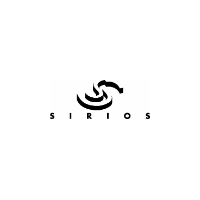 The management of SIRIOS (TSX-V:SOI) is pleased to announce assay results for six drill holes and channel sampling completed in 2017 on the main stripped area and on trench 6-9. These results confirm the continuity of the auriferous mineralization along the tonalite/meta-sediments contact for a distance of greater than 1,400 metres.

Six drill holes (#113 and #115 to 119) as well as channel sampling on trench 6-9 and on the main stripped area have all intersected auriferous mineralization along the tonalite/meta-sediment contact. Based on previously completed drill holes and new channel sampling, it has been confirmed that the tonalite contact is gold bearing starting from drill hole #118 and continuing over a length of approximately 800 m following the curve of the contact toward the southeast, extending southwest of the main stripped area. In addition to these 800 metres, another 600 meters of mineralized strike length is added to the northwest of drill hole #118 with gold bearing intervals intersected along the north contact in previous drill holes and within the November trench. The gold bearing zone can be traced along the contact for a distance of over 1,400 meters and remains open along strike and at depth. In addition, the gold distribution is not restricted to this contact zone, since numerous other mineralized zones were and continue to be intersected by drill holes located within the tonalite.

The six drill holes were completed between the main stripped area and trench 6-9, targeting the area where the first discoveries were made on surface, notably in trench 2-2 (press release October 3, 2017). Significant results of these six new drill holes are listed in the table below.

*: Interval along the hole, true width not known

**: Average grade of the interval with high-grade assays cut at 50 g/t m.

The 8,000-metres, winter 2018 diamond drilling program is continuing as planned with two rigs. Several of the current drill holes are targeting specifically along the contact with the goal of defining the continuity of the auriferous mineralization.

A table detailing the assay results described in the table above is available on the company’s website using the following link:

Sirios’ 100% owned Cheechoo property is located in the Eeyou Istchee James Bay region of Quebec, approximately 800 km north of Montreal, 200 km east of Wemindji and less than 10 km from Goldcorp’s Éléonore gold mine.

All NQ drill core was described by Sirios personnel at the Cheechoo exploration camp. The drill core was then sent to Rouyn-Noranda to be sawed in half, with one half sent to a commercial laboratory for assaying and other half kept for future reference. A strict QA/QC program was followed by integrating blanks and certified reference standards to the core sample sequence. The samples were assayed for gold by fire assay with an atomic absorption finish by Actlabs in Ste-Germaine-Boulé. Samples assaying greater than 2 g/t Au as well as drill core samples with visible gold were assayed by fire assay with metallic sieve based on a 1 kg sample.

Jordi Turcotte, MSc., Geo., Qualified Person pursuant to National Instrument 43-101, has prepared and verified the technical information of this press release, as well as reviewing the final text.