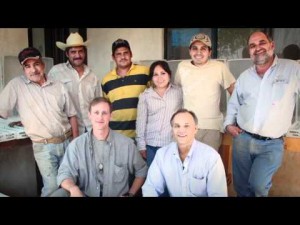 SilverCrest Mines Inc. (TSX:SVL) (NYSE MKT:SVLC) is pleased to provide an update on the commissioning of the new 3,000 tonnes per day (“tpd”) milling facility and processing plant and progress of underground development at its 100% owned Santa Elena Mine in Sonora, Mexico. The commissioning of the new mill commenced May 1st, 2014 and it is projected that continuous nameplate production of 3,000 tpd will be achieved by the start of August. Underground development continues with over 4,500 metres completed to date on ramping, ventilation and ore development. For additional information and to view photos and videos of the mill, the processing plant and the mine site, please visit the Company’s website at www.silvercrestmines.com.
N. Eric Fier, President and COO stated, “The mill start-up in May was a significant milestone in the development and responsible growth of the Company. We are confident that our projected early August completion of commissioning of the mill and ancillary facilities will be on schedule. The commissioning effort continues to be supported by highly experienced field engineers from FLSmidth & Co., who supplied most of the major process plant equipment. The Company is nearing the completion of its three year, $100 million Expansion Plan which is expected to be completed on budget and with minimal delay. The capital expenditure budget for 2014 is $26 million with $7.5 million remaining to be spent mostly for underground equipment and development. The remaining capital expenditures are expected to be completed in early Q3, 2014 which will allow free cash flow from operations to be generated for the balance of 2014.”
Santa Elena Mine Update:

As forecast, the Company expects Q2, 2014 production during the transition to be lower than Q1, 2014 production as the open pit heap leach production phases out and the mill facility ramps up to full production. Current market guidance of 3.3 to 3.6 million AgEq ounces for 2014 remains unchanged since the second half of 2014 is heavily weighted with significantly higher metal recoveries (92% Au and 67.5% Ag) and full production through the mill. Market production guidance will be reviewed for possible changes once mill commissioning is complete and underground production is underway.
The Qualified Person under National Instrument (NI 43-101) Standards of Disclosure for Mineral Projects for this News Release is N. Eric Fier, CPG, P.Eng, President and Chief Operating Officer for SilverCrest Mines Inc., who has reviewed and approved its contents.
SilverCrest Mines Inc. is a Canadian precious metals producer headquartered in Vancouver, BC. SilverCrest’s flagship property is the 100%-owned Santa Elena Mine, located 150 km northeast of Hermosillo, near Banamichi in the State of Sonora, Mexico. The mine is a high-grade, epithermal silver and gold producer, with an estimated life of mine of 8 years and average operating cash costs of $11 per ounce of silver equivalent (55:1 Ag:Au). SilverCrest anticipates that the new 3,000 tonnes per day conventional mill facility at the Santa Elena Mine should recover an average annual rate of 1.5 million ounces of silver and 32,800 ounces of gold over the current reserve. Major expansion and commissioning of the 3,000 tonnes per day conventional mill facility is nearing completion and is expected to significantly increase metals production at the Santa Elena Mine in 2014 and beyond. Exploration programs continue to make new discoveries at Santa Elena and also have rapidly advanced the definition of a large polymetallic deposit at the La Joya property in Durango State, Mexico.