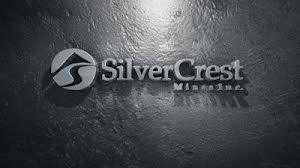 SilverCrest can earn a 100% interest in the Ermitano Property by paying US$75,000 upon signing (paid) and US$50,000 each anniversary thereafter, completing a minimum of US$500,000 in exploration expenditures in the first year, and delivering a Production Notice within five years specifying mine and construction plans with accompanying permits. Upon completion of exercise, the annual payments will cease and Evrim will retain a 2% Net Smelter Royalty.

The Ermitano Property consists of two concessions (I and II) totalling 165 square kilometres of contiguous mineral tenure located approximately 145 kilometres from Hermosillo and contiguous with SilverCrest’s Santa Elena Mine Property in Sonora, Mexico. Access to the property is by paved highway and secondary roads. Ermitano I and II are subject to an underlying third party NSR of 2%.

Exploration work will be completed on the property by the Company in 2014 and reported as results are available.

SilverCrest Mines Inc. is a Canadian precious metals producer headquartered in Vancouver, BC. SilverCrest’s flagship property is the 100%-owned Santa Elena Mine, located 150 km northeast of Hermosillo, near Banamichi in the State of Sonora, Mexico. The mine is a high-grade, epithermal silver and gold producer, with an estimated life of mine cash cost of US$8 per ounce of silver equivalent (55:1 Ag:Au) for the open pit heap leach. SilverCrest anticipates that the 2,500 tonnes per day open pit heap leach facility at the Santa Elena mine should recover approximately 725,000 ounces of silver and 30,000 ounces of gold in 2013. Major expansion and construction of a 3,000 tonnes per day conventional mill facility is underway to significantly increase metals production at the Santa Elena Mine (open pit and underground) by 2014. Exploration programs continue to make new discoveries at Santa Elena and also have rapidly advanced the definition of a large polymetallic deposit at the La Joya property in Durango State with stated resources nearing 200 million ounces of Ag equivalent.