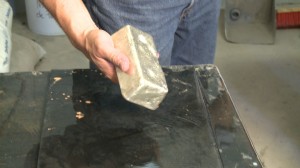 SilverCrest Mines Inc. (TSX-V:SVL) (NYSE MKT:SVLC)  is pleased to announce that it has entered into an agreement with a syndicate of underwriters led by Dundee Securities Ltd., and including National Bank Financial Inc., Raymond James Ltd. and PI Financial Corp. to purchase 7,700,000 common shares of the Company at a price of $2.60 per Common Share for gross proceeds of $20,020,000 on a bought deal basis.

The Company has also granted the Underwriters an over-allotment option to purchase up an additional 15% of the Common Shares sold under the Offering to cover over-allotments, if any, and for market stabilization purposes and shall be exercisable, in whole or in part at any time, for a period of 30 days from and including the Closing Date.

The net proceeds from the Offering will be used for working capital and general corporate purposes.

Closing of the Offering is anticipated to occur on or about March 13, 2014 and is subject to the receipt of applicable regulatory approvals including approval of the TSX Venture Exchange.

The Underwriters will receive a cash commission on the Closing Date equal to 5.5% of the gross proceeds of the Offering.

The Common Shares will be offered in all provinces of Canada (excluding Quebec) by way of a short form prospectus.

The securities offered have not been registered under the U.S. Securities Act of 1933, as amended, and may not be offered or sold in the United States absent registration or an applicable exemption from the registration requirements. This press release shall not constitute an offer to sell or the solicitation of an offer to buy nor shall there be any sale of the securities in any jurisdiction in which such offer, solicitation or sale would be unlawful.

SilverCrest Mines Inc. is a Canadian precious metals producer headquartered in Vancouver, BC. SilverCrest’s flagship property is the 100%-owned Santa Elena Mine, located 150 km northeast of Hermosillo, near Banamichi in the State of Sonora, Mexico. The mine is a high-grade, epithermal silver and gold producer, with an estimated life of mine of 8 years and cash costs of $11 per ounce of silver equivalent (55:1 Ag:Au) for the open pit heap leach and underground mine. SilverCrest anticipates that the new 3,000 tonnes per day conventional mill facility at the Santa Elena Mine should recover an average annual rate of 1.5 million ounces of silver and 32,800 ounces of gold over the current reserve. Major expansion and construction of the 3,000 tonnes per day conventional mill facility is nearing completion and is expected to significantly increase metals production at the Santa Elena Mine (open pit and underground) in 2014 and beyond. Exploration programs continue to make new discoveries at Santa Elena and also have rapidly advanced the definition of a large polymetallic deposit at the La Joya property in Durango State with stated resources nearing 200 million ounces of Ag equivalent.