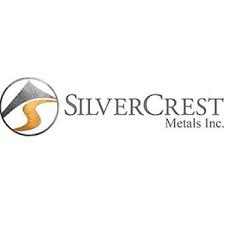 Note: all numbers are rounded.

Not included in the above tables are the following additional intercepts of unnamed veins adjacent to the Babicanora Vein and Babicanora FW Vein;

Four high-grade intercepts are reported in Hole BA18-83 suggesting a near vertical high-grade zone (see attached Figures). Additional drilling in this zone is planned for H2 2018.

The Babicanora FW Vein high-grade footprint now measures an estimated 250 metres along strike and 125 metres high. Approximately 150 metres (strike length) of this footprint were part of the maiden resource inclusive of the Babicanora Vein. The additional 100 metres, which includes Hole BA18-83 and 85 high-grade intercepts, will be used for the Q3 updated resource.

Drill intercepts in the Babicanora Vein confirm the previously announced high-grade footprint and maiden resources. New results will be incorporated into the update resource.

The Company continues its Phase III exploration program with nine (9) drills on site, seven on surface and two underground. Drills are focused on expanding mineralization for inclusion in the updated resource anticipated for Q3, 2018. The Company has drilled a total of approximately 22,800 metres for Phase III, or an estimated 74,500 metres cumulatively on the Property since 2016. An additional 5,000 to 10,000 metres of drilling are planned for inclusion in the updated resource. Other ongoing site work includes continued underground mapping and sampling on the Las Chispas Vein, drilling test wells for site water, permitting for various additional work, and reviewing of the maiden resource model for optimization and update.

SilverCrest is a Canadian precious metals exploration company headquartered in Vancouver, BC, that is focused on new discoveries, value-added acquisitions and targeting production in Mexico’s historic precious metal districts. The Company’s current focus is on the high-grade, historic Las Chispas mining district in Sonora, Mexico. SilverCrest is the first company to successfully drill-test the historic Las Chispas Project resulting in numerous discoveries. The Company is led by a proven management team in all aspects of the precious metal mining sector, including taking projects through discovery, finance, on time and on budget construction, and production.