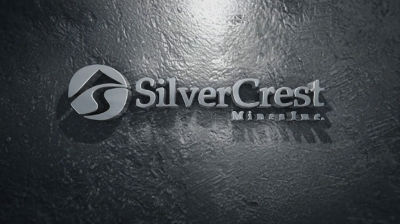 SilverCrest Mines Inc. announce results of further drilling at the Santa Elena Mine in Sonora, Mexico. Eighty seven holes of a planned 100 holes have been completed to re-categorize Indicated and Inferred Resources to Probable Reserves and expand current underground Resources (see attached Figures). This drill program continues to be extremely successful and several recent holes have identified multiple bonanza grade intercepts and a new high grade gold and silver zone that lies below and is sub-parallel to the Main Mineralized Zone currently being mined. All holes included in this program will assist with resource confirmation and reclassification which will be included in the upcoming Pre-Feasibility Study for the Santa Elena Expansion Project.

J. Scott Drever, President stated; “We have always been confident that the underground portion of the Santa Elena Main Mineralized Zone would prove to be larger and higher grade than was indicated by the initial drilling and our drilling to date has vindicated that confidence. In an epithermal deposit such as Santa Elena one can always expect narrow widths of high grades but to encounter 15.6 metres grading 23.9 gpt Au (0.69 opt) and 307.9 gpt Ag (9.0 opt) is truly remarkable and the discovery of the new ‘El Cholugo Zone” with similar high grades simply adds to the excitement of the increased potential. Our underground decline has progressed beyond 1,050 metres which will enable us to get access to the underground portion of the ore deposit in the next several months.”

Holes SE-12-90, 94, 104 and 106 intercepted two mineralized intervals of 10 to 40 metres apart. It is believed that the second interval represents the discovery of a new mineralized zone at Santa Elena with further potential for additional resources. The New Discovery named “El Cholugo Zone” is believed to be related to a sub-parallel cross cutting structure which intersects the Main Mineralized Zone. El Cholugo appears to have minimum dimensions of approximately 150 metres long, 100 metres high and 5 to 14 metres wide. Two other similar structurally-mineralized intersections are known to exist within the open pit and will be explored in due course. Further drilling is underway to help delineate El Cholugo.

*Hole SE-12-62 silver grades are pending due to overlimits of greater than 1,500 gpt Ag.
Note: All numbers are uncut and rounded.

Note: All numbers are uncut and rounded.

All sample analyses were completed by ALS Chemex in Hermosillo, Mexico and North Vancouver, BC.

The Santa Elena Deposit (Main Mineralized Zone) is open along strike and to depth. Core holes SE-12-72, 73, 74 and SE-12-111 have been completed as part of a 15 hole program to test for the possible expansion of resources along strike to the east and to depth beyond the current resource model (see attached Figure). Mineralized intercepts in these four holes are 5 to 10 metres wide with banded quartz and argentite mixed with breccia and disseminated argentite. These intercepts are up to 200 metres beyond the boundary of current resource estimates. An additional 5 to 10 core holes are planned in this area for increased confidence. The Company is compiling results for these holes to determine the extent of expansion potential and will release promptly.

Approximately 30,000 metres of drilling have been completed to date in the program to convert underground resources to reserves and expand total resources. Results for the next series of holes will be released once compilation of results is complete. Three drills are currently on site to complete the in-fill program in January, 2013. Further expansion drilling will be completed in Q1 2013. Revised Santa Elena Resources and Reserves are expected in Q1 2013 with subsequent reporting of the results of Pre-Feasibility Study for the Expansion Plan.

SilverCrest Mines Inc. (TSX-V: SVL; NYSE MKT: SVLC) is a Canadian precious metals producer headquartered in Vancouver, BC. SilverCrest’s flagship property is the 100%-owned Santa Elena Mine, located 150 km northeast of Hermosillo, near Banamichi in the State of Sonora, México. The mine is a high-grade, epithermal gold and silver producer, with an estimated life of mine cash cost of US$8 per ounce of silver equivalent (55:1 Ag: Au). SilverCrest anticipates that the 2,500 tonnes per day facility should recover approximately 4,805,000 ounces of silver and 179,000 ounces of gold over the life of the current open pit at the Santa Elena Mine. A three year expansion plan is underway to double metals production at the Santa Elena Mine (open pit and underground) and exploration programs are rapidly advancing the definition of a large polymetallic deposit at the La Joya property in Durango State.