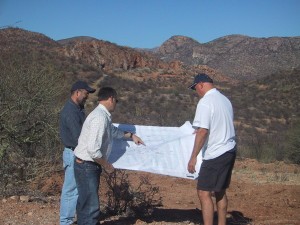 SilverCrest Mines Inc. (TSX:SVL) (NYSE MKT:SVLC) is pleased to announce the completion of its prospectus offering announced on February 19, 2014 whereby the Company issued a total of 8,855,000 common shares at a price of $2.60 per common share for gross proceeds of $23,023,000, including exercise of the over-allotment option in full. The offering was led by Dundee Securities Ltd., and included National Bank Financial Inc., Raymond James Ltd. and PI Financial Corp. as underwriters.
The Company plans to use the net proceeds of the offering for working capital and general corporate purposes.
The securities described herein have not been and will not be registered under the United States Securities Act of 1933, as amended, or the securities laws of any state and may not be offered or sold in the United States absent an exemption from registration.
SilverCrest Mines Inc. is a Canadian precious metals producer headquartered in Vancouver, BC. SilverCrest’s flagship property is the 100%-owned Santa Elena Mine, located 150 km northeast of Hermosillo, near Banamichi in the State of Sonora, Mexico. The mine is a high-grade, epithermal silver and gold producer, with an estimated life of mine of 8 years and cash costs of $11 per ounce of silver equivalent (55:1 Ag:Au) for the open pit heap leach and underground mine. SilverCrest anticipates that the new 3,000 tonnes per day conventional mill facility at the Santa Elena Mine should recover an average annual rate of 1.5 million ounces of silver and 32,800 ounces of gold over the current reserve. Major expansion and construction of the 3,000 tonnes per day conventional mill facility is nearing completion and is expected to significantly increase metals production at the Santa Elena Mine (open pit and underground) in 2014 and beyond. Exploration programs continue to make new discoveries at Santa Elena and also have rapidly advanced the definition of a large polymetallic deposit at the La Joya property in Durango State with stated resources nearing 200 million ounces of Ag equivalent.