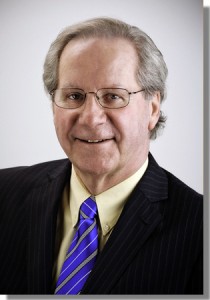 SilverCrest Mines Inc. (TSX VENTURE:SVL)(NYSE MKT:SVLC) announces that it has entered into a three year US$40 million secured corporate credit facility with The Bank of Nova Scotia. The credit limit available under the Facility will reduce by US$10 million on each of July 11, 2014 and July 11, 2015, and will mature on July 11, 2016, subject to a one year extension of these dates by mutual agreement. The Facility is to be used for general corporate purposes and to complete the Santa Elena Mine Expansion which will release operational cash flow for other corporate purposes. The Expansion at Santa Elena includes development of the underground mine and a new 3,000 tonnes per day processing plant. The Facility is principally secured by a pledge of the Company’s equity interests in its material subsidiaries, including Nusantara de Mexico S.A. de C.V., and SilverCrest de Mexico S.A. de C.V., and their assets. Depending on the Company’s total indebtedness to EBITDA ratio, the interest rate margin on the Facility will, at the Company’s election, range from either 3.00% to 4.25% over LIBOR, or 2.00% to 3.25% over Scotiabank’s Base Rate in Canada. The availability of the Facility is subject to customary conditions precedent and qualitative and quantitative covenants and the release of existing security held by Macquarie Bank Limited. Until all security for the Facility has been registered in Mexico, the amount available under the Facility will be limited to US$15 million.

As a result of the increase in metal production afforded by the Expansion, the Santa Elena Mine is expected to generate additional operating cash-flow once the new plant is fully-operational in the first half of 2014. This increase in cash flow should enable the Company to continue funding its capital and exploration projects from operating cash flow.

J. Scott Drever, Chairman and CEO stated: “We are pleased to establish this relationship with an institution of the calibre of Scotiabank. At current precious metals prices, we are confident that our financial situation will enable us to complete the major capital expenditures associated with the Santa Elena Expansion. This Facility strengthens our overall financial position and will free up cash flow to enable us to pursue other corporate opportunities for growth.”

SilverCrest Mines Inc. is a Canadian precious metals producer headquartered in Vancouver, BC. SilverCrest’s flagship property is the 100%-owned Santa Elena Mine, located 150 km northeast of Hermosillo, near Banamichi in the State of Sonora, Mexico. The mine is a high-grade, epithermal silver and gold producer, with an estimated life of mine cash cost of US$8 per ounce of silver equivalent (55:1 Ag: Au). SilverCrest anticipates that the 2,500 tonnes per day open pit heap leach facility at the Santa Elena mine should recover approximately 625,000 ounces of silver and 33,000 ounces of gold in 2013. Major expansion and construction of a 3000 tonnes per day conventional mill facility is underway to significantly increase metals production at the Santa Elena Mine (open pit and underground) by 2014. Exploration programs continue to make new discoveries at Santa Elena and also have rapidly advanced the definition of a large polymetallic deposit at the La Joya property in Durango State with stated resources nearing 200 million ounces of Ag equivalent.