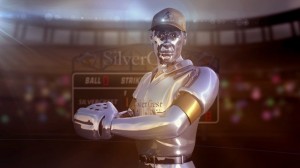 J. Scott Drever, President commented: “We are extremely pleased with the results of our updated Reserve and Resource estimates for the underground, open pit and heap leach pad definition and resource expansion drill program. The significant increase in Reserves has clearly defined processing feed for our planned 3,000 tonne per day processing facility (Milling & CCD leaching) for an additional 8 years. What is even more exciting is that we have yet to define the limits of the Main Mineralized Zone and have only begun to explore the newly discovered high grade El Cholugo and El Cholugo Dos zones. We look forward to a banner year in 2014 with the commissioning of the new processing facility in Q1 2014 and the expansion of our annual metals production to an estimated 3.5 to 4.0 million ounces of silver equivalent (55:1 Ag:Au). ”

Based on available data, the current dominant silver-gold mineralization at the Santa Elena Mine is hosted within the Main Mineralized Zone (MMZ) which is a low-sulfidation calcium-rich epithermal deposit that strikes nearly east-west for an estimated distance of 1.3 kilometres with an average true width of approximately 15 metres. The continuous mineralized zone has been drill-tested to a minimum depth of 500 metres from surface and open in most directions. The near-parallel El Cholugo and El Cholugo Dos zones are located approximately 20 to 50 metres below the footwall of the MMZ. These two new discoveries appear to be splays off the MMZ with similar silver-gold mineralization.

The updated underground Reserves and Resources have been independently estimated by EBA, a Tetra Tech Company, utilizing 2012 and 2013 drilling results along with previous independently-validated data (see SEDAR for previous NI 43-101 compliant Technical Reports). Drilling in 2012 and early 2013 was focused on conversion and expansion of underground Resources to Reserves with an average drill hole spacing of approximately 35 metres. Drilling data from 2012 and 2013 used for underground Resource estimate included 138 holes (45,011 metres) and 96 previous holes (14,865 metres). A total of 2,941 composite samples were used as the basis for the block model.

The updated open pit Reserves and Resources have been estimated by SilverCrest utilizing Company extensive production data (blastholes), exploration drilling data and computer modelling. All Indicated Resources in the currently operating open pit have been converted to Reserves as of April 30, 2013.

The Leach Pad Reserves (spent ore) have been estimated by the Company utilizing crusher composite samples, drill data from verification holes on the pad, bottle roll tests to process design specifications and SilverCrest production leach curves. In early May 2013, the Company completed 25 large diameter drill holes (355 metres) on the pad to obtain additional information for the purposes of validation of production data. All spent ore material on the leach pad will be reprocessed through the new processing facility once operational. Only the material currently on the pad and leached (300 day cycle completed or estimated full cycle) has been declared as Reserves. Approximately 750,000 tonnes of open pit material is planned to be placed on the pad during the remainder of 2013 and will undergo only partial leaching before being reprocessed through the new facility. Once this material is placed on the pad and leaching has been discontinued, it will be declared as leach pad Reserves for processing and metal recovery in late 2014 and beyond.

The Santa Elena underground, open pit and leach pad Mineral Resource estimates were completed using Gemcom GEMS modelling software and are compliant with  National Instrument 43-101 and conform to guidelines and definitions established by the Canadian Institute of Mining and Metallurgy (CIM). Using CIM Definition Standards for Mineral Resources and Mineral Reserves, Mineral Resources have been classified as being either Indicated or Inferred based on the number of samples used for estimation relative to the block location and the overall search distance confidence derived from the variogram analysis. Inferred Resources should not be used as the basis for evaluation of economic viability of the project. Details of these criteria will be presented in the Technical Report to be filed on SEDAR.

The Underground Mineral Resource estimates are based on verified information from historical and recent Company sources, up to and including drill hole SE-13-145.  The block model includes the Main Mineralized Zone, El Cholugo and El Cholugo Dos.  Solid boundaries for the mineralization were interpreted within a geological vein solid and constrained using a minimum 1 gpt AuEq cut-off from raw drill hole assay intervals. The Main Mineralized Zone grade shell was segmented into three major domains to accommodate flexures and structural orientation changes.  The raw assay data was composited to 1 metre within the grade shell and was interpolated into a 5 metre x 5 metre x 5 metre block size model using Ordinary Kriging.  Grade caps of 12 gpt Au and 600 gpt Ag were determined from log-probability and histogram analysis and applied after compositing. The search ellipse ranges were based on geological field observation, semi-variogram analysis and iterative interpolation. Grade interpolation within the vein hosted mineralization utilized two passes with anisotropic search ellipses oriented along the interpreted domain trend with major axes ranges of 90 and 117 metres, and semi-major ranges of 69 and 89 metres, respectively.  A minimum of 2 composites, to a maximum of 15, were required to interpolate block grades with no more than 5 composites reporting from any one drill hole.  Based on limited laboratory and in situ specific gravity testing, a value of 2.60 g/cm3 was applied as a specific gravity for all vein hosted mineralized material in the model.

The Open Pit Mineral Resource estimates are based on verified information from historical and recent Company sources. Solid boundaries for the mineralization were constrained at 0.20 gpt AuEq cut off and the open pit limits defines the mineralized material dated as December 31, 2012. All open pit Mineral Resources are declared as Reserves. Open pit production from January 1 to April 30, 2013 was subtracted from the December 2012 Resource estimation. The Resource estimation was completed using Gemcom GEMS software applying Ordinary Kriging. Raw data (blast holes, core and RC samples) were composited to a 5 metre length for blast holes and 2 metre length for in-pit core and RC samples. These composites were assessed for spatial and geostatistical purposes. A capping of 8 gpt Au and 300 gpt Ag was applied to core and RC data only. The composite data was interpolated into a 5 metre x 5 metre x 5 metre block size model using Ordinary Kriging in two passes. The first one using only blast hole data with an average spacing of 4 metres and interpolating grades to a maximum distance of 15 metres from the sample location. The second pass used only core and RC drilling data spaced on average 50 metres to interpolate 5 metre x 5 metre x 5 metre blocks located in distances beyond 15 metres from the sample location. The blasthole resource model was compared against the production data for verification purposes.

The Leach Pad Reserves (spent ore) have been estimated by the Company utilizing daily production, grade and mass records obtained at the crushing plant when conveying mineralized material to the pad. These records represent a complete production dataset since start up of the operations at Santa Elena. A detailed leach pad survey was completed in April 2013 to provide volumes of material placed on the pad. This volume was compared with weightometer data collected on the crushing plant to validate tonnes on the pad using well known specific gravity on the leach pad of 1.85 g/cm3. SilverCrest has completed 25 large diameter Becker Hammer, Tandem Mounted hydraulic drill holes (355 metres- drill holes spaced on a 25 metre by 25 metre grid) on the pad to obtain additional information for the purposes of validation of production data. Raw assay data were interpolated into a 100 metre x 100 metre x 6 metre block size model. An inverse distance squared methodology was used with a single domain and search ellipse. The search ellipse ranges were based on drill hole spacing, field observation, geostatistical analysis and iterative interpolation.  No grade capping was applied. Grade interpolation within the two surfaces utilized an anisotropic ellipse oriented along the interpreted zone with major and semi-major axis ranges of 200 metres and a minor axis range of 200 metres.  A minimum of 2 composites, to a maximum of 12, were required to interpolate block grades with no more than 3 composites reporting from any one drill hole in multi stage search radiuses to populate all blocks. The validation results support the estimation by the Company utilizing daily production data.

The Santa Elena Reserve estimates as stated above were completed using GEMS resource models for defining open pit, underground and leach pad Reserves along with criteria as presented in the following table.

1 Based on 3 year historic metal price trends
2 Underground mining costs, dilution and mine recovery are based on stope type, either long hole (68% of design stopes) or cut and fill (32% of designed stopes) mining method.
3 Processing includes crushing, milling, site refining and dry stack tailings disposal.
4 Estimated based on current operations and may vary on an annual basis.
5 Recoveries for leach pad based on 2009 Metcon test work and recent Company production leach cycles for life of pad. During the period from 2010 through 2012 (solution ramp up), an average recovery of 57% Au and 30% Ag was achieved. Refer to Technical Report dated May 11, 2011 on SEDAR. Leach pad CCD mill recoveries are based on in-situ remaining ounces on the pad.

Pre-Feasibility level results including Santa Elena economic analysis is expected to be announced within 45 days of this news release. The extended mine life with updated Reserves is anticipated to be 8 more years at the proposed 3,000 tonne per day milling rate.

The Santa Elena Mine has good potential for additional Resources with the deposit open in most directions. Further infill and expansion drilling is recommended to potentially increase Resources and convert to Reserves.

The Qualified Persons for the Santa Elena Resource and Reserve estimations who have reviewed and approved the contents of this news release are N. Eric Fier, CPG, P.Eng. and Chief Operating Officer for the Company, James Barr., P.Geo. and Mike Tansey, P.Eng. from the consulting firm of EBA, a Tetra Tech Company, and John Fox, P.Eng. of Laurion Consulting Inc. SilverCrest is now classified as a “producing issuer” as defined in NI 43-101, as a result of which the Technical Report is not required to be prepared by or under the supervision of an Independent Qualified Person. The Santa Elena Expansion Pre-Feasibility Study (Technical Report) in compliance with NI 43-101 is currently being prepared by the Qualified Persons and will be filed on SEDAR no later than 45 days from the date of this release.

SilverCrest Mines Inc. is a Canadian precious metals producer headquartered in Vancouver, BC. SilverCrest’s flagship property is the 100%-owned Santa Elena Mine, located 150 km northeast of Hermosillo, near Banamichi in the State of Sonora, México. The mine is a high-grade, epithermal gold and silver producer, with an estimated life of mine cash cost of US$8 per ounce of silver equivalent (55:1 Ag: Au). SilverCrest anticipates that the 2,500 tonnes per day open pit heap leach facility at the Santa Elena mine should recover approximately 625,000 ounces of silver and 33,000 ounces of gold in 2013. An expansion plan is well underway to nearly double the annual metals production in 2014 at the Santa Elena Mine (open pit and underground). Exploration programs have rapidly advanced the definition of a large polymetallic deposit at the La Joya property in Durango State with stated resources nearing 200 million ounces of Ag equivalent.