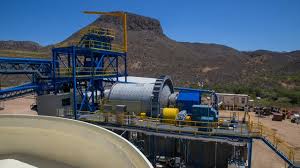 SilverCrest Mines Inc. (NYSE MKT:SVLC)  (TSX: SVL) is pleased to announce record silver and gold production results for the first quarter of 2015 from its 100% owned Santa Elena Mine located in Sonora, Mexico. Record production of 1,349,527 ounces silver equivalent (“AgEq”) for Q1 2015 is in line with 2015 corporate budget forecasts and the production guidance announced on January 15, 2015.

N. Eric Fier, Chief Operating Officer, stated; “We are very pleased that Santa Elena has started 2015 strongly with record production of 1,349,527 AgEq(3) ounces, representing an increase of 92% over Q1, 2014, and 35% over Q4, 2014. Since the beginning of 2015, we have seen a dramatic improvement with mining of underground stopes, and consider the underground operations to have been substantially de-risked. During Q1, 2015, recovery rates for silver in the mill were lower than anticipated, but several improvements being implemented are expected to enable us to achieve our 2015 target recovery rate of 70%. We are continuing our optimization of the processes to improve efficiencies throughout every facet of the operation. Today’s announcement marks the first step of reaching our target of 4.0 – 4.4 million AgEq(3) ounces for 2015. SilverCrest remains attentive to strict cost controls to maintain positive cash flows at current metal prices.”

Final shutdown of the Santa Elena open pit operations due to exhausted pit reserves is planned for Q2, 2015. After shutdown of the open pit, a mill feed blend of 50% underground ore and 50% pad ore is anticipated.

Mill recovery rates for Q1, 2015 averaged 91% (target – 92%) for gold and 60% (target – 70%) for silver. The current operational focus continues to be improving silver recoveries and underground stope production. During Q1, 2015, a daily average of 1,080 tpd was mined underground. Current development and stope production for April is approximately 1,400 tpd from multiple stopes.

SilverCrest Mines Inc. is a Canadian precious metals producer headquartered in Vancouver, BC. SilverCrest’s flagship property is the 100%‐owned Santa Elena Mine, located 150 kilometres northeast of Hermosillo, near Banamichi in the State of Sonora, Mexico. The mine is a high‐grade, epithermal silver and gold producer, with a current reserve estimated life of mine of 8 years and average operating cash costs of $12 per ounce of silver equivalent (64.5:1 Ag:Au based on ounces sold). SilverCrest anticipates the 3,000 tonnes per day conventional mill facility at the Santa Elena Mine should recover an average of 1.6 million ounces of silver and 33,800 ounces of gold per annum over the current reserve life. Exploration programs continue to result in discoveries at Santa Elena and have advanced the definition of a large polymetallic deposit at the La Joya property in Durango State, Mexico.